A developing fetus is buffered from a lot of things, but if a pregnant woman is chronically stressed, she’s probably releasing a lot of the stress hormone cortisol into her bloodstream.

That extra cortisol may make the fetus more vulnerable to certain diseases as an adult. A team of scientists at MDI Biological Laboratory (MDIBL) in Bar Harbor, Maine is trying to understand why.

“If she’s got chronically elevated cortisol which then goes through the placenta and some of it gets into the uterus, the developing fetus is exposed to much higher levels of cortisol than it would normally be,” explained Dr. James Coffman, who leads the research team. “The idea that’s been hypothesized is that that is going to affect the development of the fetus in such a way as to make it more susceptible to disease later in life.”

Here are three reasons zebrafish are useful models for the kind of research being done at MDIBL:

Dr. Coffman said the first thing on his team’s agenda was to make sure zebrafish were a good model for their study. Would they be able to show that higher levels of cortisol early in their development affected their immune systems when they reached the adult stage? (Zebrafish live about four to five years.)

Because zebrafish embryos develop in water, the scientists decided the easiest way to expose them to cortisol in the first days of their development was to add it to the water.

In Dr. Coffman’s study, exposing zebrafish embryos to cortisol did affect their immune systems down the road. It was their tailfins that led to some of the answers. If a zebrafish loses its tailfin or another body part or organ its immune system leaps into action and triggers an inflammatory response.

An inflammatory response is what occurs if you’re injured or develop an infection like bronchitis. Signals go out to cells that are supposed to kill any pathogens. Once the job is done and things have healed, any inflammation is supposed to go away. If it doesn’t, it becomes chronic inflammation and that’s a problem.

Asthma and rheumatoid arthritis are examples of diseases that are caused by chronic inflammation. The immune system doesn’t respond as it should to signals that would ordinarily turn off the inflammatory process.

In zebrafish, the inflammatory response is the first step to regenerating a new tailfin.

“It’s critical to have this early inflammation occur,” said Dr. Coffman. “In fact, you won’t get regeneration unless the initial inflammation happens.”

The tailfins were surgically removed from the cortisol-treated zebrafish when they reached adulthood. Most of them were able to regenerate their tailfins, but the team found abnormalities in the genes that regulate inflammation.

“When we treated zebrafish with higher cortisol they had dysregulated immune systems later in life,” Dr. Coffman reported. “Genes that normally go up during the inflammatory response and are then turned off when it’s over, were initially already high and either just stayed on high or went down a little bit and then came back up. It was almost an inverted response.”

The MDIBL study established that the zebrafish is a good model to study a possible connection between chronic exposure to cortisol in utero and an increased risk of disease later in life. The diseases most in question — those already linked to chronic stress — include arthritis, asthma, cancer, diabetes, heart diseases and mental illness.

“It’s not healthy for adults and that’s been known for some time,” said Dr. Coffman. “There’s a lot of studies out there about how chronically elevated cortisol causes health problems. What’s less understood and what’s interesting about what we’re doing is that it can happen early in life. You can no longer have the stress but it’s still going to cause problems later in life.”

The next step in Dr. Coffman’s research is to understand the mechanism on a cellular level. To figure out what actually happens to the genes when the zebrafish are exposed to the cortisol.

“These findings contribute to the growing body of knowledge about the effects of environmental conditions before and immediately after birth on adult health,” said MDIBL president Kevin Strange, Ph.D. in a press release. “Research in this emerging field suggests that interventions to mitigate the effects of early-life stress could one day lead to significant improvements in public health.”

You can read details of the study in a paper by Dr. Coffman and his team that was published recently in Biology Open. 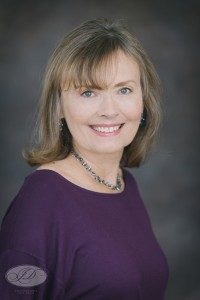 Diane Atwood is a freelance health and wellness writer and the author of the “Catching Health” blog, which appears in the Bangor Daily News and other media outlets. Photo credit: PublicDomainPictures/Pixabay.