In 1908, Margaret Reed was working in a laboratory in Germany when she explanted a small piece of tissue from a guinea pig into a tube of nutrient agar. After a few days, she observed that the cells were living and multiplying.

This moment is widely credited as the first in vitro (in a dish) culture of mammalian cells. 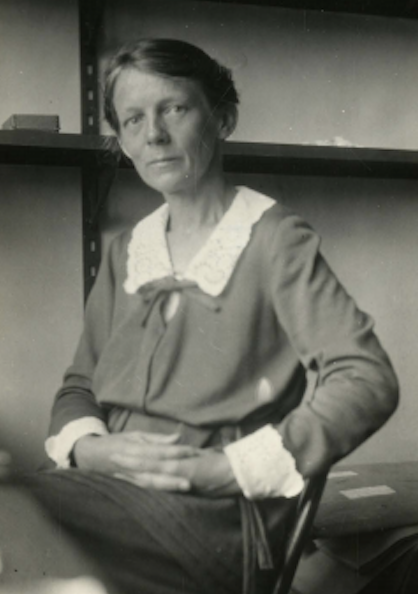 Cell biologist Margaret Reed Lewis (1881–1970), along with her husband, Warren H. Lewis, M.D., from whom she was seldom separated, subsequently spent more than 40 years refining tissue culture techniques. Much of their research was conducted during summers at the MDI Biological Laboratory.

The importance of their contribution to science can’t be overstated. Before the ability to study living cells, scientists were limited to studying cells that had been preserved, stained and mounted on slides. By 1915, tissue culture allowed the Lewises to comprehensively describe the morphology of the living cell, including the nucleus, cytoplasm and mitochondria. They later went on to study the physiological behavior of cells, including that of cancer cells.

As significant as Margaret Lewis’ discovery was, however, her greatest contribution to science was the scientific advances that were enabled by tissue culture and its cousin, cell culture, which remain the workhorses of biomedical research.

While studies in whole organisms are the gold standard, tissue culture serves as a more convenient and less ethically challenged intermediate model. It is widely used to study cell physiology and biochemistry, the effects of drugs and toxic compounds and mutagenesis and carcinogenesis. It is also used in drug development and in the manufacture of biological compounds such as vaccines and anti-cancer agents.

Lewis earned a bachelor’s degree from Goucher College and studied at Bryn Mawr College, Columbia University and the Universities of Zurich, Paris and Berlin. At Bryn Mawr and Columbia, where she worked with Nobel prizewinner Thomas Hunt Morgan, Ph.D., she studied regeneration in amphibians and crayfish. She went on to prestigious teaching and research positions, including at Columbia and the Carnegie Institution.

Lewis’ research prefigured the MDI Biological Laboratory’s current focus on regeneration and aging by a more than a century. The vision of the pioneers in cell culture of using tissue grown in cultures to replace damaged human tissue is now being realized in research on replacement kidney tissue, while their research on the function of the mitochondrion laid the groundwork for current research on the role of this cellular organelle in human aging.

“Tissue culture is a basic tool of research in the life sciences,” said Hermann Haller, M.D., president of the MDI Biological Laboratory. “Without Lewis’ groundbreaking discovery, the rapid progress science has made in cell biology, immunology and cancer research would have been impossible.”