The Aging Mind: A Team Approach to Understanding the Relationship Between Aging, Alzheimer’s and Parkinson’s Disease 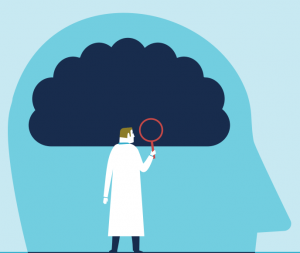 If there is a threat with the potential to overwhelm the health care system on a scale comparable to that of COVID-19, it is Alzheimer’s disease. We are on the brink of an epidemic of this deadly disease: the number of people with Alzheimer’s is expected to more than double by 2050, from 6 million to 14 million.

MDI Biological Laboratory scientists are working to understand the mechanisms of aging, and how genetic, dietary and pharmacological interventions can extend healthy lifespan and delay the onset of degenerative diseases. The institution’s role in developing new therapies to promote longevity and prevent age-related diseases has expanded with the addition of Romain Madelaine, Ph.D. to the faculty and by the recent achievements of faculty members Samuel Beck, Ph.D. and Jarod Rollins, Ph.D.

Madelaine, who recently joined the faculty as assistant professor, is studying the zebrafish to find out why it can regenerate neuronal tissue while adult mammals, including humans, cannot. An increased understanding of neuron regeneration could lead to new treatments for Alzheimer’s and other age-related neurodegenerative diseases.

The quest to regenerate neurons has largely focused on the transplantation of stem cells, which are cells with the unique ability to “differentiate” or transform into specialized cell types, including neurons. But the complex process of transplanting stem cells carries the risk that the host organism’s immune system could reject the newly differentiated neurons because it perceives them as foreign.

“My hope is that within the next decade we will solve the challenge of successfully stimulating our own neural stem cells to regenerate neurons lost during neurodegenerative disorders like Alzheimer’s and Parkinson’s.”

Madelaine formerly studied the molecular mechanisms of aging at the Institut des Maladies Métaboliques et Cardiovasculaires in Toulouse, France. Prior to that, he was a post-doctoral fellow at Stanford University, where he studied the regeneration of neurons involved in the senses of sight and smell.

If the goal of Madelaine’s research is to replace neurons damaged by Alzheimer’s, the goal of Beck’s and Rollins’ research is to delay its onset and progress. They are seeking to identify drugs that target the genetic pathways implicated in the disease.

They recently filed a patent application for a family of drugs to treat age-related inflammatory diseases, including neurodegenerative diseases like Alzheimer’s and Parkinson’s. The potential treatments were identified by screening drugs known to suppress gene expression changes caused by the disruption of the architecture of the chromatin, which is the part of the nucleus that carries genetic instructions in the form of DNA.

The patent application is an outgrowth of Beck’s research on progeria, a rare genetic disorder linked with disruption of the chromatin architecture in which children age prematurely. Beck has found that disruption of the chromatin architecture leads to increased secretion of harmful factors in the cell that are drivers of many of the pathological hallmarks of aging, including chronic inflammation, or “inflammaging.”

The family of drugs was identified by Beck through a bioinformatics analysis of publicly available genomics data. The approach, which Beck calls “extracting knowledge from community wisdom,” also identified dozens of other drugs that Beck and Rollins plan to screen for their anti-aging properties. Their aim is to repurpose drugs that have been found to be safe for the treatment of other diseases for use as anti-aging therapies.

“Our discovery of the anti-aging properties of this family of drugs is a validation of our approach,” Beck said. “We looked for drugs that are safe, which dramatically reduces the time and expense of drug development, and that suppress the expression of genes that we had identified as being associated with aging, and then we tested them for their anti-aging properties. Our approach worked, which is pretty exciting.”

The drug screens were conducted in C. elegans, a nematode worm that is a popular model in aging research because of its short lifespan. In addition to screening the other drugs Beck has identified for their anti-aging properties, Beck and Rollins will conduct additional research on the drugs that are the subject of the patent application in C. elegans and in mice — the latter in collaboration with The Jackson Laboratory.

Grant award for the study of Alzheimer’s

The MDI Biological Laboratory has also received a one-year, $433,500 grant from the National Institute of General Medical Sciences, an institute of the National Institutes of Health, for the study of Alzheimer’s. The grant, which was awarded to Beck and Rollins, is a supplement to the 2018 COBRE (Center of Biomedical Research Excellence) grant that funds their research.

Beck’s research will focus on the unmet need for biological markers that can be used in the early diagnosis of Alzheimer’s — before it leads to severe brain damage. He is seeking to develop disruption of the chromatin architecture as a biomarker for early diagnosis. Rollins, using C. elegans as a model, will study how disruption in the function of the ribosome, which is the complex molecular “factory” in the cell where proteins are made, contributes to the disease.

In particular, Rollins will study how tau proteins, which form aggregates or “tangles” in the brain, lead to ribosome dysfunction. He will also investigate the role of ribosome dysfunction in the formation of memories, and how progressive memory loss can potentially be mitigated through drugs or lifestyle interventions such as intermittent fasting.

Together, these innovative approaches will lead to new insights and treatments for Alzheimer’s Disease, helping turn the tide on this global epidemic.

Read more in the latest issue of our flagship magazine, Breaking Through.