The  MDI Biological Laboratory’s recent signature course in comparative regenerative biology, REGEN2017, attracted senior graduate students, post-docs and junior faculty from around the world. Here, some of the students talk about what the experience meant to them. Pictured above: Susannah Kassmer, Ph.D., post-doctoral fellow, University of California-Santa Barbara. 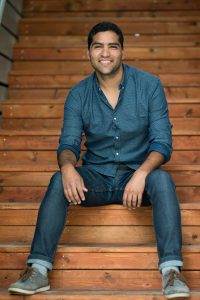 Mauricio Herrera is studying spinal cord regeneration in the African clawed frog, Xenopus laevis, an animal model that offers researchers a two-for-one: the tadpole regenerates its limbs and spinal cord, but the froglet doesn’t, providing a unique model that has both regenerative (tadpole) and non-regenerative (frog) stages. Herrera, who works in the laboratory of Jaun Larrain, Ph.D., a REGEN 2017 faculty member, believes the difference may lie with a protein, Lin28, that has been shown to improve limb regeneration in the Xenopus tadpole. Figuring out how the protein creates a permissive  environment for regeneration in the tadpole could provide clues to regenerating spinal cord tissue in humans, he says. Unlike regenerative animals like the Xenopus tadpole, damage to the spinal cord in mammals such as humans rarely heals because damaged nerve cells fail to regenerate. REGEN 2017 was Herrera’s second visit to the United States, but his first as a scientist. He expects to apply the knowledge about other highly regenerative animal models that he gained in the course to his studies in the future. He cites a favorite quote of his mentor, Larrain: “In order to study why regeneration of organs does not occur in those animals which do not possess regenerative capacity, it is necessary to know how the process of regeneration occurs in animals which do possess regenerative capacity.” Scientists can learn something about human regeneration from each of these regenerative species, Herrera says. Or, as Larrain put it in a lecture, we can learn how to “unlock our inner tadpoles.” 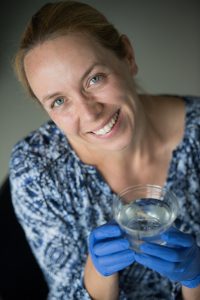 ‘I want to understand how other chordates regenerate’

Susannah Kassmer, a post-doc at the University of California-Santa Barbara, was formerly a post-doc at the Yale Stem Cell Center studying how bone marrow stem cells from mice can differentiate into mature lung cells. Her research at Yale — she is originally from Germany, where she earned a doctorate in immunology — grew out of studies showing that bone marrow stem cells can differentiate into heart, liver, lung and other types of cells, raising the prospect that they can be transplanted into human to treat disease. But after four years, she became interested in studying regeneration in highly regenerative animals. “Transplantation of stem cells into damaged organs has not been able to achieve the improvements we were hoping for,” she says, echoing the MDI Biological Laboratory’s view that studying highly regenerative species with the goal of developing drugs to trigger dormant genetic pathways for regeneration in humans is a more promising route. “The more we know about how different species regenerate,” Kassmer says, “the more we know about how humans can regenerate.” Because she believes regenerative biology can benefit from the study of more species, she is developing molecular tools for use of the colonial ascidian, or sea squirt, as an animal model. As the only chordate (the animal phylum that includes humans) that can regenerate its entire body from a few cells, colonial ascidians have a lot to teach us, she says. “Alejandro is my inspiration,” Kassmer says of REGEN 2017 faculty member Alejandro Sánchez Alvarado, Ph.D., a Howard Hughes Medical Institute Investigator at the Stowers Institute for Medical Research in Kansas City, Mo. “I want to do for colonial ascidians what he did for planaria,” she says, referring to the research community Sánchez Alvaredo has built around the flatworm, which is a master of regeneration. The task, she expects, will take the rest of her career. 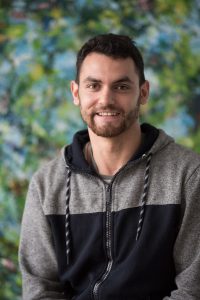 ‘Where the moon is backwards’

Sam Keenan’s participation in the REGEN2017 course came about as a result of the collaborative relationship between his home institution, the Australian Regenerative Medicine Institute, where is is a second-year doctoral student, and the MDI Biological Laboratory. He was attracted by the opportunity to explore the overlaps between his area of interest — evolutionary developmental biology — and regenerative medicine. He studies  muscle development in zebrafish and sharks. “You have to understand how basic development occurs in order to understand regeneration,” he says. He also wanted to expand his range of general science skills, including those such as thinking styles, laboratory techniques and presentation skills, in order to enhance his employability for a career in industry or academia. His visit to the United States, which involved 21 hours of flight time, has been an eye-opener for this “kiwi” from Waimate, a rural sheep farming village on New Zealand’s South Island most known for its population of red-necked wallabies, a smaller version of the kangaroo. Keenan, who had never traveled outside of New Zealand and Australia, was impressed at the size of Los Angeles, where his plane initially set down; the “insane” size of American sport utility vehicles (“Why?” he asks, puzzled by the American infatuation with gas guzzlers); our racial and ethnic diversity; and the “weird backwards moon” whose illuminated portion moves from right to left instead of the other way around, as is the case in the southern hemisphere. But the aspect of the culture that most inspired him was the energy, ambition and vision of the scientists he encountered in the REGEN2017 course. “I’ve always wanted to see how far my abilities can take me,” he says. “That’s unusual in New Zealand, which is in its own little world. But in the United States, it seems like everyone wants to do something that matters.” 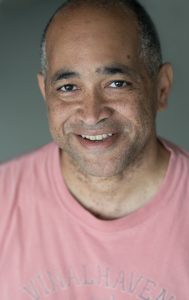 ‘The reasons of the heart’

Pascal Lafontant earned an undergraduate degree in biological engineering from Cornell University with the goal of developing mechanical assist devices to help the hearts of patients suffering from heart failure. But his graduate studies in cardiovascular sciences at Baylor College of Medicine in Houston led him to question that aspiration. “Instead of replacing the heart with a device,” he asked, “what if we could figure out how to regrow heart muscle tissue?” He now studies how vasculature is regulated in heart regeneration in the zebrafish and its cousin, the giant danio. The techniques he learned in REGEN 2017 may allow him to incorporate other highly regenerative animal models like the axolotl, or Mexican salamander, and the Xenopus laevis, an African frog, into his research, as well as into the research-based course in regenerative biology he leads for undergraduate biology students. As a young man in his native Haiti, Lafontant was drawn to literature and theater, which deal with the emotions of the heart. But, he said, his interests expanded into biology because he wanted to decipher what he calls “the reasons of the heart.” The phrase comes from “Pensées,” the life’s work of the 17th century French philosopher Blaise Pascal, who wrote: “The heart has its reasons, which reason does not know.” In Lafontant’s interpretation, the “reason of the heart” is as much its intricate and compelling biology as its “mysterious and swirling emotions.” He was also attracted to REGEN2017 by the potential for learning and discovery: what he calls the opportunity to put “another brick in the wall” of scientific knowledge. What’s the brick that he would like to put in that wall? “Sustained adult mammalian heart regeneration,” he says definitively. “If we could allow the heart to regrow by identifying the genes that put the brakes on human heart regeneration, now that would be the prize.” 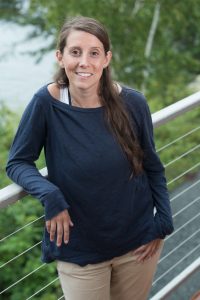 ‘The next new thing I don’t know’

Cara Sullivan majored in psychology as an undergraduate at College of the Holy Cross because she wanted to understand “why people behave the way they do.” Since her undergraduate days, her quest to understand the scientific roots of human behavior has led her on a journey that has taken her ever more deeply into the biology of the brain. After graduation she worked in a group home for adolescents with behavioral problems who had been referred through the criminal justice system and then in an outpatient behavioral health clinic, also for adolescents, where she moved into an administrative role that involved the analysis of electronic health data. Her work with adolescents shaped her career in two ways: first, she realized how much the system was letting them down; and second, she realized that the insight into genetics, diagnosis, treatment and outcomes offered by the analysis large volumes of data could lead to improved prevention and treatment. After earning a master’s degree in neuroscience from the University of Hartford, she enrolled in a doctoral program at the University of Maine’s Graduate School of Biomedical Science and Engineering (GSBSE), in which her focus is on neuroscience and bioinformatics, or the analysis of large volumes of biological data. Sullivan, who previously participated in courses in Quantitative Fluorescence Microscopy and Applied Bioinformatics at the MDI Biological Laboratory, was drawn back by the opportunity offered by REGEN2017  to delve more deeply into molecular biology and to gain experience working with a range of animal models, as well as to improve her skills in bioinformatics. “The opportunity to be exposed to four or five animal models was one I couldn’t miss,” she said. “My whole life, I’ve always wanted to learn the next new thing I don’t know.”

Alum Alfred D. Doyle, Ph.D., talks about his experiences at the MDI Biological Laboratory and how they shaped his career. Can you share a bit about your time at MDIBL? In 1995, I spent a wonderful summer as a student fellow at MDIBL and had a formative experience with Dr. Rui Wang researching dogfish cardiomyocytes....