In this Q&A excerpt from Future Neurology, MDI Biological Laboratory scientist James A. Coffman, Ph.D., speaks about his research on the mechanisms by which chronic early-life stress increases adult disease risk. He uses zebrafish as a model organism to ask how such stress affects immune system development and regulation. Read the full Q&A here.

It is known that chronic psychosocial stress early in life increases disease risk later in life and possibly even in subsequent generations. A common denominator of the diseases that are predisposed to develop – ranging from asthma and rheumatoid arthritis all the way to mental health problems such as depression and anxiety – is chronic inflammation and immune dysregulation. So a major question is: how does chronic psychosocial stress early in life lead to chronic inflammation and immune dysregulation later in life?

Q How do you think this early preclinical work might be translated to benefit humans in the future and what needs to be done to achieve this?

Ultimately, if we can elucidate the epigenetic mechanisms that mediate the effects we have observed, then we will be able to design therapies that target those mechanisms or their effects, for example, small molecules designed to reverse the adverse effects caused by specific epigenetic modifications. Beyond that, our work adds weight to the growing consensus that chronic early life stress, or even just prenatal exposure to such stress, is a major public health issue, which should motivate public policy toward mitigating those factors that contribute psychosocial adversity – for example, economic inequality, social injustice and loss of social safety nets.
Read the full Q&A. 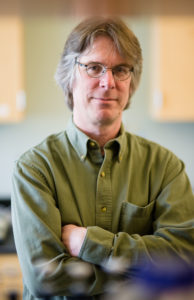