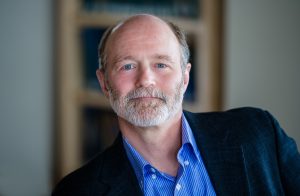 BAR HARBOR, MAINE — Every 40 seconds, someone in the United States has a heart attack.

For decades, scientists have been defeated in their attempts to find a treatment that reverses the disabling and potentially life-threatening damage caused by heart attacks. Now scientists at Novo Biosciences, a spinoff of the MDI Biological Laboratory in Bar Harbor, have identified the first and only drug candidate that stimulates a damaged heart to repair itself.

The unique story behind the discovery of a natural compound with the potential to trigger humans’ dormant powers of regeneration will be the subject of The President’s Distinguished Lecture, “Unlocking Our Regenerative Power: Nature’s Regeneration Drug,” to be delivered on Wednesday, July 18, by Kevin Strange, Ph.D., president of the MDI Biological Laboratory.

The lecture, which is open to the public, will be held at 5 p.m. at the Maine Center for Biomedical Innovation on the institution’s Bar Harbor campus; it will be followed by a reception.

Strange is the co-inventor, together with Voot P. Yin, Ph.D., a member of the faculty at the MDI Biological Laboratory, and Michael Zasloff, M.D., Ph.D., of Georgetown University, of MSI-1436, a natural compound that has been demonstrated in laboratory animals to stimulate regeneration of heart muscle tissue after a heart attack and to slow the degenerative changes in skeletal and heart muscle associated with Duchenne muscular dystrophy.

The inventors believe the compound could have a wide range of applications in regenerative medicine. MSI-1436 appears to “release the brakes” on the body’s natural ability to regenerate lost or damaged tissue.

The discovery of MSI-1436 is a validation of the innovative approach to the study of regenerative medicine established by Strange at the MDI Biological Laboratory. In 2009, Strange began recruiting a group of young scientists who were studying the powerful healing and regenerative abilities of diverse animal models like zebrafish, fruit flies and salamanders. Their ultimate goal is to use the knowledge gleaned from these animals to develop therapies that activate the dormant genetic signals for regeneration in humans.

The lecture will take attendees on an exciting journey of discovery, from Zasloff’s isolation of MSI-1436 from dogfish sharks in 1991, to his hunch that the compound might play a role in the miraculous abilities of dolphins to heal shark attack wounds, and to the testing of the molecule in zebrafish and mice injury and disease models by Yin and Strange.

“What we found was so stunning that we didn’t believe our results at first,” Strange said. “But when we repeated the experiments in a blinded and randomized fashion, the findings were the same: MSI-1436 was extraordinarily effective at stimulating and inducing regeneration in laboratory animals.”

If the tests of MSI-1436 in pig are successful, Novo Biosciences will seek approval from the Food and Drug Administration to move ahead with human clinical trials of the compound in heart attack patients.