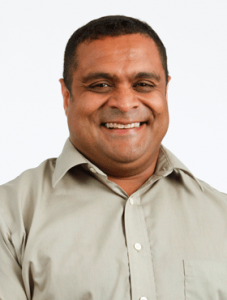 BAR HARBOR, MAINE — Most people are familiar with traditional cancer treatments such as surgery, radiation and chemotherapy, but many aren’t as familiar with next-generation cancer therapies that, because they target cancer cells more precisely, are better tolerated by patients and lead to improved outcomes.

Indeed, these new therapies are a contributing factor in a significant increase in cancer survivorship. The percent of cancer survivors living five years or longer after diagnosis was 69.3 in 2009, the most recent year for which there are statistics, according to the National Cancer Institute — up from less than 50 percent in 1975.

These figures put the trend on track to meet a U.S. Department of Health and Human Services target of 71.7 percent by 2020, and augur improved health for many of the more than 1.7 million people diagnosed with cancer in the United States each year.

The role of next-generation therapies in cancer treatment will be the subject of a March 11 MDI Science Café entitled “The Frontiers of Cancer Research” by cancer biologist/immunologist Muneer G. Hasham, Ph.D. In his talk, Hasham will draw on his research on new cancer therapies at The Jackson Laboratory in Bar Harbor.

“My hope for the future is that cancer will no longer be a death sentence,” he said. “Rather, a patient will get sick, get treatment and get better. We will always develop cancer as long as cells are replicating and mutating within our bodies. What we need to do is to learn to manage it, just as we have learned to manage asthma, or fever.”

The next-generation therapies Hasham will talk about include:

Hasham grew up in Tanzania where he attended an international school, which is the equivalent of a U.S. high school. After attending Bowdoin College in Brunswick, Maine, on scholarship, he earned a doctorate in microbiology and immunology from Temple University School of Medicine in Philadelphia.

After graduate school, he returned to the state he loves to complete his post-doctoral training at The Jackson Laboratory, and later worked as research scientist in the laboratory of Nadia Rosenthal, Ph.D. He is now study director of the patient derived xenograft program, and has his own cancer research program.

His research interests include immune disorders and cancer pathogenesis and therapeutics.