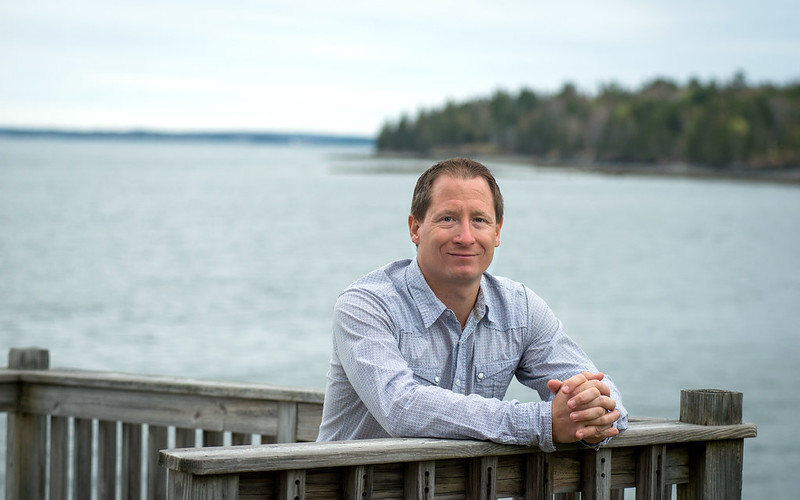 Madelaine will seek to understand why the zebrafish, which is a highly regenerative animal, can readily regenerate neuron and muscle tissue, while mammals, including humans, for the most part cannot. The zebrafish is a common model in regenerative medicine because it easily regenerates many tissues and organs, and because it shares many of its genes and gene regulatory networks with humans.

An increased understanding of neuron and muscle regeneration could one day lead to new treatments for age-related degenerative diseases that cause death and disability for millions of older Americans, including neurodegenerative diseases such as Alzheimer’s, the most common form of dementia, and sarcopenia, a condition that causes loss of muscle mass and function.

Madelaine comes to the MDI Biological Laboratory from the Institut des Maladies Métaboliques et Cardiovasculaires in Toulouse, France, where he studied the molecular mechanisms of aging in the zebrafish as a research associate. Prior to that, he was a post-doctoral fellow at Stanford University, where he studied the regeneration of neurons involved in the senses of sight and smell, also in zebrafish.

“Romain is a brilliant addition to our faculty because, by focusing on the regeneration of tissues subject to common age-related diseases, his work bridges our two areas research — regeneration and aging,” said Hermann Heller, M.D., president of the MDI Biological Laboratory. “His work also complements that of our other scientists, which will allow the institution to explore the mechanisms governing regeneration more deeply.”

Madelaine was attracted to the MDI Biological Laboratory because he felt he would receive more support for his work at a small institution than a larger one; by the opportunity to work faculty members who are also conducting basic biological research; and by the laboratory’s state-of-the art animal facility and microscopic resources, which offer everything he needs for his research, he said.

The quest to regenerate neurons has largely focused on strategies to transplant stem cells, which are cells with the unique ability to “differentiate” or transform into, specialized cell types, including neurons. But the complex process of transplanting stem cells carries the risk that the host organism’s immune system could reject the newly differentiated neurons because they are perceived as foreign.

Madelaine’s research promises to bypass that problem by stimulating the organism’s own (endogenous) neural stem cells to transform into neurons, an approach that is thought to be less risky. Because zebrafish readily regenerate neurons, understanding the mechanisms controlling neuronal regeneration in zebrafish is the first step in identifying strategies to promote endogenous neuronal regeneration in humans.

With regard to muscle tissue, Madelaine’s research will focus on understanding the molecular mechanisms governing a small peptide (a protein building block that may be biologically active) called apelin. An increase in circulating apelin has been linked with muscle rejuvenation while a decrease has been linked with the onset of sarcopenia, which is a major cause of frailty and disability in the elderly.

Like humans, aging zebrafish exhibit all the hallmarks of muscle wasting, including a reduction in muscle mass and a decline in muscle regenerative capacity, as well as scoliosis, or curvature of the spine. Because of apelin’s rejuvenative role, Madelaine’s research could one day lead to the development of new therapies for sarcopenia that induce muscle stem cells to transform into new muscle tissue, he said.

As with his research on neuronal regeneration, the knowledge gained from Madelaine’s research on muscle regeneration could potentially be applied to the regeneration of other cell types, including those comprising the heart, kidney and limb that are currently under study by other scientists at the MDI Biological Laboratory.

Though Madelaine initially plans to use the zebrafish as a model, he is looking forward to future studies in the African turquoise killifish, which is being introduced at the MDI Biological Laboratory as a model for the study of aging. Unlike the zebrafish, which has a lifespan of two to three years, the lifespan of the African turquoise killifish is only three to seven months, which is exceptionally short for a vertebrate.

Because of its short lifespan, the African turquoise killifish can serve as a bridge between short-lived aging models like the nematode worm, C. elegans, which lives for only two to three weeks, and longer-lived models like the zebrafish or mouse, which are vertebrates like humans. Using the African turquoise killifish as a vertebrate model, biologists can study anti-aging interventions without having to wait years for results.