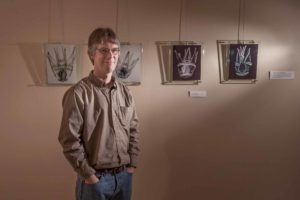 BAR HARBOR, MAINE — Scientists have long known that chronic exposure to psychosocial stress early in life can lead to an increased vulnerability later in life to diseases linked to immune dysfunction and chronic inflammation, including arthritis, asthma, cancer, diabetes, heart disease and even mental illness. But the molecular mechanisms underlying the negative effects of early exposure to stress are unknown.

Using the common aquarium fish, the zebrafish, as a model, developmental biologist James A. Coffman, Ph.D., of the MDI Biological Laboratory in Bar Harbor, Maine, and his team are beginning to elucidate these mechanisms.

In a paper recently published in Biology Open, they reported that zebrafish embryos that are chronically exposed to the stress hormone cortisol for just the first few days of life develop into adults with abnormal immune systems and signs of chronic inflammation.

“Inflammation is a normal response to protect the body from harmful stimuli, but if the inflammation is chronic, it is destructive and can cause disease,” Coffman explained. “Chronic psychosocial stress increases the level of cortisol circulating in the body, and if this happens early in life it can influence how the body develops. So our research helps explain why young children who experience chronic psychosocial stress, due for example to low socioeconomic status, economic insecurity, abuse or neglect, are more vulnerable as adults to health problems associated with inflammation and immune dysfunction.”

The paper was co-authored by Elli I. Hartig, Shusen Zhu and Benjamin L. King, Ph.D., all of the MDI Biological Laboratory.

“These findings contribute to the growing body of knowledge about the effects of environmental conditions before and immediately after birth on adult health,” said Kevin Strange, Ph.D., president of the MDI Biological Laboratory. “Research in this emerging field suggests that interventions to mitigate the effects of early-life stress could one day lead to significant improvements in public health.”

Coffman’s interest in studying the molecular mechanisms underlying the contribution of stress to aging was piqued by the observation that the rate of aging is often accelerated in chronically stressed individuals, he said.

In the study, Coffman’s team treated zebrafish embryos with cortisol, a hormone that is naturally produced by the body in response to stress. They then let those fish grow to adulthood and examined their ability to regenerate their tailfins following surgical removal. Specifically, the team looked at gene expression during the early stages of regeneration, when the innate immune system mounts an inflammatory response to the injury that is then rapidly resolved.

Zebrafish were used because of their extraordinary regenerative ability, and because both the cortisol-mediated stress response and innate immune system are essentially the same in zebrafish as they are in humans.

In adult zebrafish derived from cortisol-treated embryos, inflammatory genes displayed a strikingly abnormal response to the tailfin injury, which correlated with impaired regeneration. It was also found that the innate immune system failed to mount a normal response to molecular signals that are presented by infectious bacteria.

Coffman believes the aberrant immune gene regulation that his team observed in the adults derived from cortisol-treated embryos is due to glucocorticoid-induced developmental programming. In other words, early-life exposure to chronically elevated cortisol results in lasting developmental changes that affect processes critical for immune system function and regulation throughout adult life.

The next step is to identify the specific ways that development of the immune system is altered by chronically elevated cortisol, and dissect the molecular mechanisms underlying those alterations, Coffman said.