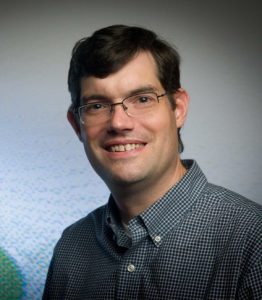 BAR HARBOR, MAINE – Rapid advancements in technology are generating a mind-boggling amount of data: indeed, more data has been created in the past two years than in the entire previous history of the human race. By 2020, about 1.7 megabytes of new information will be created every second for every human on the planet.

The ability to mine this treasure trove of data promises to revolutionize science by revealing the answers to long-standing or perplexing questions in a range of scientific disciplines.

The challenge is that only a small percentage of this data is analyzed because of the lack of computational tools to do so – less than 0.5 percent, according to one estimate. And where computational tools do exist, they have typically been developed to address specific problems rather than as general models for reaping the greatest benefit from the huge volumes of available data.

Scientists from around the country will gather May 1 through 6 at the MDI Biological Laboratory in Bar Harbor, Maine, to develop universal tools to analyze unexplored data for potential solutions to some of our most pressing scientific problems. The week-long Barn Raising for Data-Intensive Discovery, the first such workshop to be held at the institution, will bring scientists together from a range of scientific disciplines.

“The ability to effectively extract useful information from these large and complex datasets holds the potential to dramatically accelerate the pace of scientific discovery,” said Kevin Strange, Ph.D., the president of the MDI Biological Laboratory. “This workshop will help develop the computational infrastructure that scientists need to make effective use of the growing volume of data.”

The participants are from laboratories funded by a $60 million, five-year Data-Driven Discovery Initiative launched by the Gordon and Betty Moore Foundation to promote scientific breakthroughs by accelerating the use of interdisciplinary, data-driven science. The foundation was created by Gordon Moore, co-founder and chairman emeritus of the semiconductor chip manufacturer, Intel Corp., and his wife, Betty.

In addition to the support provided through the Moore Foundation, Google, Amazon and Microsoft are contributing the computing resources required for the analysis, storage and manipulation of large amounts of data.

Thirteen faculty members, post-doctoral fellows and doctoral candidates from universities across the country are enrolled. The barn-raising term, which is unique in the data discovery context, is being used to distinguish the workshop from a hackathon, which emphasizes quick and superficial programming as opposed to the collaborative, sustained approach of the barn raising workshop.

“No one has ever done this before,” said senior staff scientist Benjamin L. King, Ph.D., co-organizer and faculty member. “Unlike a hackathon, in which participants work on their own projects, this is a grassroots effort to develop models that benefit the entire scientific community. We can’t anticipate the outcome. But when you get a lot of bright people in the same room, something good is bound to happen.”

The workshop is one of more than 30 courses and conferences offered each year at the laboratory, whose mission is to develop solutions to complex human health problems through research, education and ventures that transform discoveries into cures. The courses, which are offered for all levels – from middle school students to science professionals — attracted more than 1,100 participants in 2015.