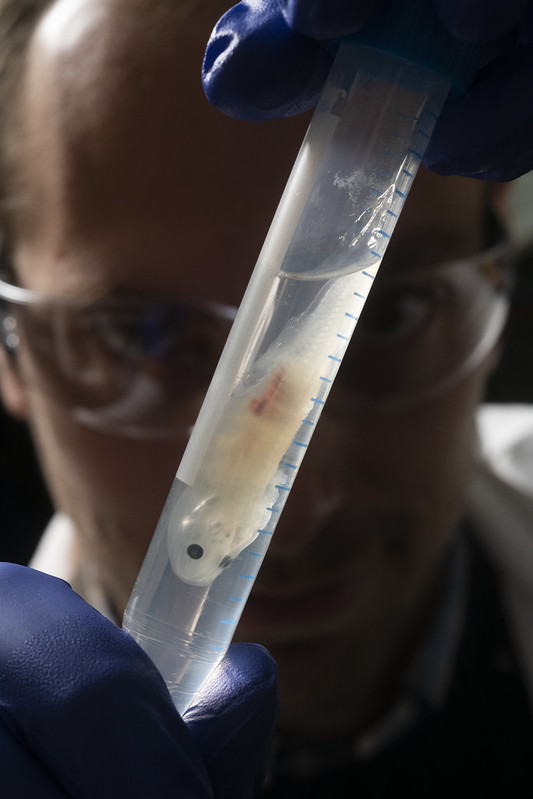 The funding will help scientists better understand regeneration in axolotl salamanders and immune system function in zebrafish, and ultimately improve human health with their findings.

R21 grants support early and conceptual stages of research project development. Projects funded by the program are exploratory projects without much preliminary data, so they are often considered “high risk, high reward” research. Less than 20 percent of submitted R21 proposals are funded by the NIH. If the research yields promising results, it could pave the way to more funding opportunities and larger projects. Murawala’s grant came from the NIH’s Office of Research Infrastructure and Program (ORIP) and Coffman’s was funded by the National Institute of Environmental Health Sciences (NIEHS).

Pinpointing key cells involved in axolotl regeneration
Axolotl salamanders are notorious for their innate ability to regenerate limbs and vital organs after disease or injury. Researchers, including Murawala, have long looked at the axolotl (an aquatic salamander) model to advance on human therapies for wound healing and cell regeneration. The Murawala Lab will use the funding to develop genetic manipulation tools that would allow Murawala’s research group to remove certain cells in the axolotl and assess how the animal functions in their absence.

Each cell in the body has a specific job that contributes to overall function. Some cells are likely more important than others in the process of regenerating tissue after disease or injury. Information gained from this research will help researchers better understand how regeneration proceeds in the axolotl when a particular cell type is missing, clarifying which cells are the most important in the axolotl’s impressive regenerative process. “This can be applied to limb regeneration as well as heart, brain, lung, and liver — all organs the axolotl can regenerate,” says Murawala.

Validating this methodology is crucial to identifying how axolotls are able to regenerate so well. “Once we better understand that, we can investigate whether human cells are doing the same thing as axolotl cells or not,” he says. “This research will give us more insights into developing future therapy in humans.”

Coffman has spent years researching the gene klf9 and previously identified it as a key player in the glucocorticoid (hormones that help curb inflammation) signaling pathway that regulates inflammation. He and his collaborators suspect that arsenic impedes glucocorticoid-induced expression of the klf9 gene, and that then leads to a dysregulated immune response to viral infection. The team will expose wild-type fish and genetically modified fish (that do not express klf9) to arsenic at varying levels, then infect the fish in the two groups with influenza virus to compare their immune systems’ responses.

“We will also do the same experiments on the offspring of arsenic-exposed fish, without additional exposure, to see if the effects are transmitted intergenerationally,” Coffman says. “If our hypothesis is correct, that would give us license to have a bigger project to understand how arsenic impacts the regulation of klf9.”

Long-term, low level arsenic exposure is a growing public health concern in Maine, due to higher levels of the naturally occurring compound in the ground, and the population’s heavy reliance on well water. The Environmental Protection Agency (EPA) considers water with a maximum of 10 parts per billion of arsenic safe. However, Coffman’s team will test the effects zebrafish experience at exposure levels between 1 and 100 parts of arsenic per billion to help clarify what happens in the body at various levels of exposure.

Thanks to the work of researchers like Murawala and Coffman, MDI has established itself as a front-runner in researching all aspects of tissue repair, aging, and regeneration. This new funding will help MDI scientists get one step closer to treatment options for humans who experience issues with healing. “These are competitive grants,” Murawala says, “and we consider ourselves fortunate to have received them.” 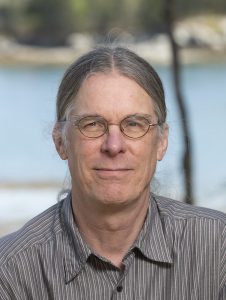 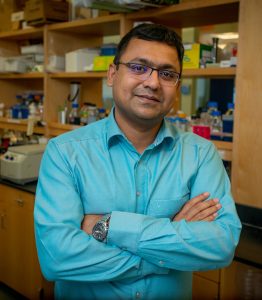