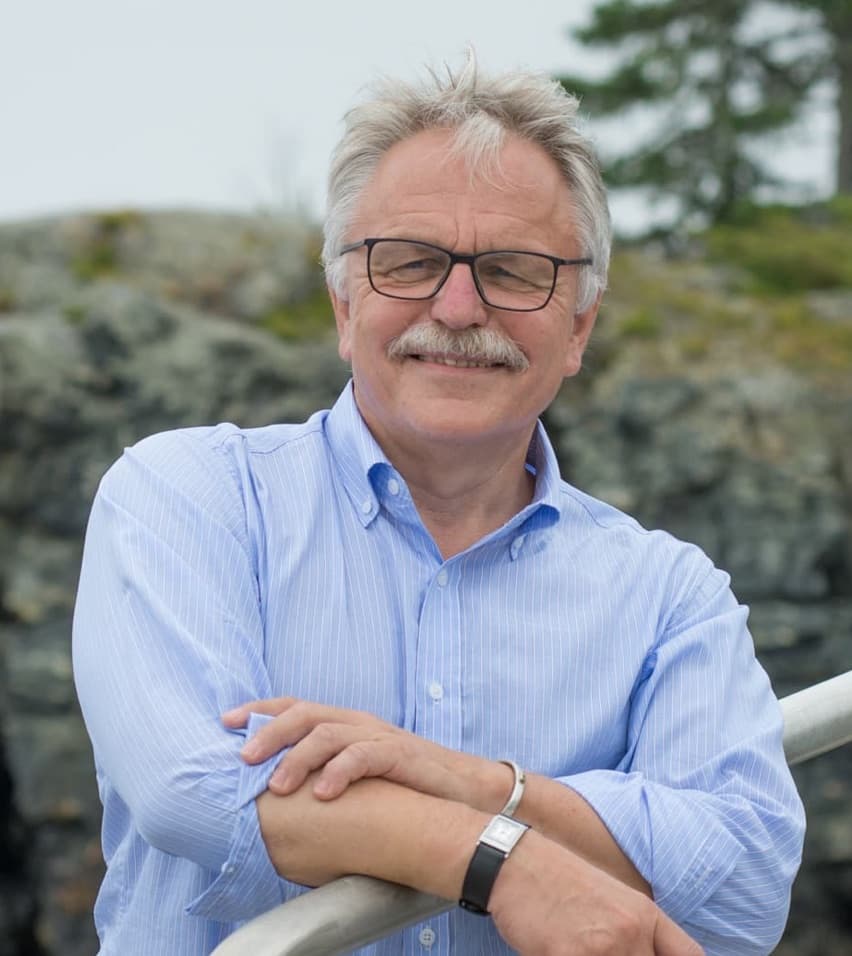 Hermann Haller, M.D., president of the MDI Biological Laboratory in Bar Harbor, Maine, has been elected to the Leopoldina, the German National Academy of Sciences (Nationale Akademie der Wissenschaften).

The Leopoldina, which originated as a classical scholarly society in 1652, is the oldest continuously existing science academy in the world. In 2008, it was appointed as the German National Academy of Sciences and, in this capacity, was invested with two main objectives: representing the German scientific community internationally and providing policymakers and the public with science-based advice.

“This is a great honor,” Haller said. “Though more than 350 years have elapsed since the founding of the Leopoldina, its mission remains the same: to deepen scientific understanding of the natural world and to improve communication among scientists. I look forward to the opportunity of making my own contributions to goals that have yielded such a rich harvest of scientific knowledge.”

The organization has about 1500 members from more than 30 countries. Over the course of its history, more than 7,000 scientists have been elected to membership, of whom 178 have received the Nobel Prize. Outstanding members have included Marie Curie, Charles Darwin, Albert Einstein, Johann Wolfgang von Goethe, Alexander von Humboldt and Max Planck. More than 30 current members are Nobel laureates.

The Leopoldina takes it name from Leopold I, a king of Germany and emperor of the Holy Roman Empire, who in 1687 endowed the organization with political independence and its publications with freedom from censorship.

As a member, Haller plans to pursue goals similar to those that have been the focus of his tenure as president of the MDI Biological Laboratory: bridging the gap between the humanities and medicine (his undergraduate degree is in art history and he often lectures on the depiction of medicine in art) and promoting the internationalization of research, especially between Germany and the United States.

Haller received his medical degree from the Free University of Berlin and completed his postdoctoral work at Yale University. He has published more than 700 peer-reviewed articles in the field of nephrology (the branch of medicine dealing with the kidney), holds six patents and has founded four biotech companies. He has received many honors and awards and serves on numerous corporate advisory boards.

After conducting research at the MDI Biological Laboratory as a visiting scientist for more than 20 years and serving as a member of the faculty since 2007, Haller assumed the presidency in 2018. He is also a full professor and chairman of the Division of Nephrology at Hannover Medical School (MMH) in Hanover, Germany, where he leads the largest renal transplantation department in the country.

Haller was elected for his leadership roles at these institutions, as well as at the Benjamin Franklin University Hospital of the Humboldt University and the Free University of Berlin (now Charité – Universitätsmedizin Berlin) and at the Max Delbrück Center for Molecular Medicine, also in Berlin. His credentials also include developing a model curriculum as dean of medical education at MMH.

He was also recognized by the academy for his research in nephrology, which focuses on the role of the microvasculature in chronic kidney disease (CKD) and hypertension, as well as its role in diabetic kidney disease. Such research could lead to new therapeutic agents or diagnostic tools for the treatment of CKD, which represents a  large and growing health care burden in the United States and the world.

Haller’s research on kidney disease reflects the MDI Biological Laboratory’s historical focus on kidney physiology, a field in which it is renowned for its contributions. In keeping with the laboratory’s current research focus on regeneration and aging, he is also seeking to understand the molecular mechanisms underlying kidney regeneration with the goal of developing human replacement kidney tissue.