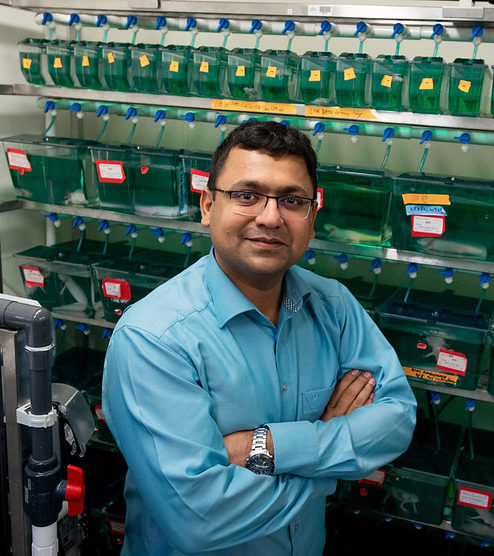 The MDI Biological Laboratory has announced that Prayag Murawala, Ph.D., has joined the faculty as an assistant professor. Murawala will study appendage regeneration in the axolotl, or Mexican salamander (Ambystoma mexicanum), a champion of regeneration that can regenerate virtually any body part.

Murawala is currently a postdoctoral fellow at the Research Institute of Molecular Pathology in Vienna, Austria, where he works with Elly Tanaka, Ph.D., who is widely considered the world’s foremost investigator in the field of appendage and spinal cord regeneration. He is expected to join the faculty early this summer.

“Prayag has been instrumental in developing many of the sophisticated genetic and molecular tools used to study appendage regeneration in this remarkable animal,” said Hermann Haller, M.D., president of the MDI Biological Laboratory. “His presence on our faculty will help establish us as a leading international center in this exciting field.”

Murawala is the second expert in appendage regeneration to join the MDI Biological Laboratory faculty in recent years. James Godwin, Ph.D., an immunologist who studies limb and heart regeneration in the axolotl, was an investigator at the Australian Regenerative Medicine Institute before joining the faculty in 2016. Both work at the MDI Biological Laboratory’s Kathryn W. Davis Center for Regenerative Biology and Medicine.

Like Godwin, Murawala will also conduct research at The Jackson Laboratory (JAX) in Bar Harbor, which will allow him to use its mouse resources to “reverse engineer” limb regeneration by comparing the genetics of the axolotl, which can regenerate its limbs, with those of the adult mouse, which cannot.

While it is unusual for two researchers to study the axolotl at the same institution, Godwin and Murawala point out that their work is complementary and that each will benefit from the other — not only in terms of scientific collaborations, but also in terms of sharing resources and opening up new funding opportunities.

Both scientists study why adult mammals form a scar at the site of an injury instead of regenerating a missing part, as an axolotl does. Godwin’s research focuses on the role of the immune system in setting the stage for regeneration, while Murawala’s focuses on the cascade of molecular signals required for regeneration to take place.

An increased understanding of limb regeneration could one day lead to new therapies for the more than 2 million people who live without a limb in the United States due to combat, accidents, diabetes and other causes, and to clinical applications in other areas, including the regeneration of heart, brain and spinal cord tissue.