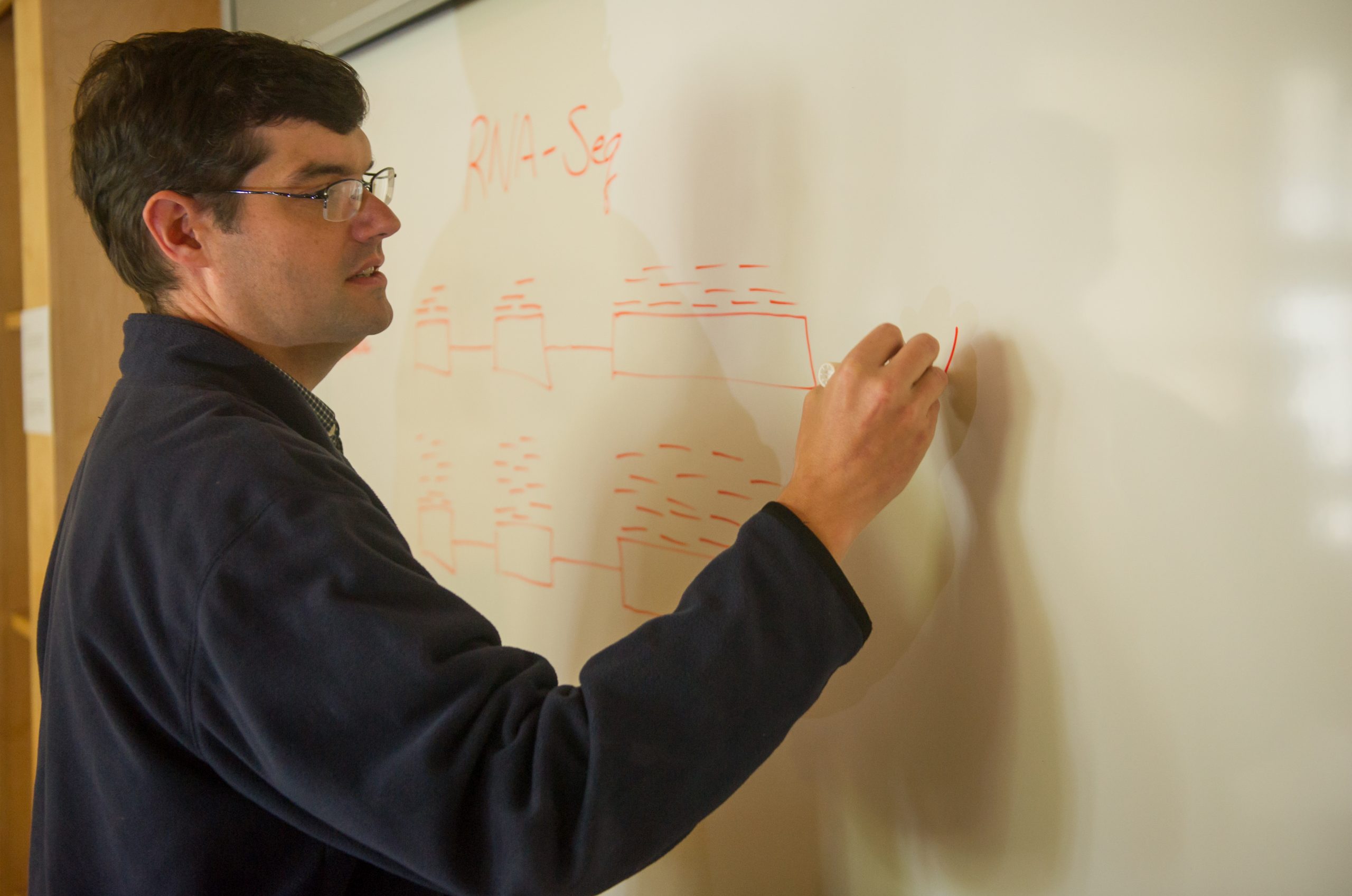 The MDI Biological Laboratory in Bar Harbor, Maine, has been awarded a grant to promote the shift to cloud computing among undergraduates and researchers at the 14 Maine educational and research institutions that comprise the federally funded Maine INBRE network, a program to strengthen biomedical research and research training in Maine.

The “cloud lab” program will address costs and time associated with analyzing the large, complex datasets that are being generated as a result of the advent of the genomic age. The volume and complexity of these datasets places a strain on the time and resources of researchers and institutions and inhibits the easy, rapid analysis and exchange of information among those at geographically distributed locations.

Under the cloud lab program, Maine INBRE undergraduates will receive training in using the Google Cloud Platform (GCP) to develop workflows for the analysis of large datasets. In addition, the program will provide research support to Maine INBRE scientists, graduate students and post-doctoral students, as well as assistance to Maine INBRE institutions in implementing and administering cloud computing services.

Maine INBRE (IDeA Network of Biomedical Research Excellence), which is led by the MDI Biological Laboratory, is one of four entities that will pilot the cloud lab program for the National Institute of General Medical Sciences (NIGMS), an institute of the National institutes of Health (NIH), with the others being the University of Arkansas, Historically Black Colleges and Universities (HBCUs) and Tribal Colleges and Universities (TCU).

“It’s a real honor that Maine INBRE has been selected to pilot this program,” said Hermann Haller, M.D., president of the MDI Biological Laboratory. “The program will help level the playing field by giving students and researchers at small, primarily undergraduate institutions in rural areas the same access to sophisticated computing resources as those at major research centers.”

The cloud lab program will be introduced in Maine INBRE courses for undergraduates from these institutions to be held at the MDI Biological Laboratory.

The cloud refers to computational infrastructure and services that are located off-site and are owned by commercial providers such as Google. Cloud-based services include networks, servers, storage and applications and other tools and services for data computation and hosting that are accessible via the internet. Such services offer the advantages of being scalable, accessible, cost-effective, flexible and secure.

A National Institutes of Health initiative

The cloud lab program is part of the NIH’s STRIDES (Science and Technology Research Infrastructure for Discovery, Experimentation, and Sustainability) initiative, which is a vehicle for the NIH and NIH-funded researchers to procure cloud resources through partnerships with commercial cloud providers such as Google Cloud Platform,  making it easier and more cost-effective to access large datasets and computing power.

The NIH initiative promises to speed the translation of basic discoveries into new treatments. By moving data to the cloud, “we can maximize our investment in research, while also strengthening the transparency, rigor and reproducibility of our supported science,” writes Susan K. Gergurik, Ph.D., associate director for data science and director of the Office of Data Science Strategy, who recently spoke on the program.

The goal of the cloud lab program, in particular, is to modernize biomedical research by introducing cloud computing to institutions in the 23 states and Puerto Rico that participate in the INBRE program, which seeks to strengthen biomedical research in regions that lack a strong research infrastructure. Plans call for extending the cloud lab concept that will be piloted in Maine to other INBRE programs nationwide.

“This is really expanding the opportunity for students and researchers anywhere in Maine,” said James A. Coffman, Ph.D., director of Maine INBRE. “All you need is a laptop and a good high-speed internet connection to be able to do these kinds of computational workflows. You don’t have to be at an institution with a high-performance computer cluster that may already be highly subscribed.”

Maine students will be trained in RNA sequencing analysis using a generic workflow analysis module developed by Benjamin L. King, Ph.D., assistant professor of bioinformatics at the University of Maine and co-director of the Maine INBRE  Bioinformatics Core. The module will use data on antibiotic-resistant non-tuberculosis mycobacteria generated by Sally D. Molloy, Ph.D., also of the University of Maine.

The training module offers an example of how cloud computing can advance biomedical knowledge. Using the workflow, students can quickly identify genes associated with antibiotic resistance in non-tuberculosis mycobacteria. Such research could lead to the development of treatments that are effective against this type of infection, which can cause serious lung damage and is a growing health problem.

The module allows students to execute analyses at a keystroke that otherwise would have taken days and would only have been possible at institutions with high performance computing capabilities, King said. Though the generic module can be adapted to other research, future plans call for teaching students and researchers how to develop analysis workflows that are customized to their research needs.

“With cloud-based resources, students and researchers can basically build their own servers, design their own analysis pipelines and set up data storage just by typing a single command,” King said. “They don’t have to understand how the system works, they don’t have to compete with others for computing resources, and they aren’t limited on data storage. They can build whatever they need – it’s quite powerful.”