HomeNewsPress ReleasesLiving Long and Living Well: Is It Possible to Do Both? 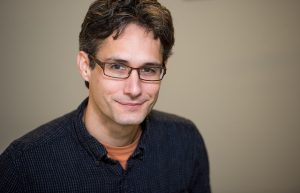 BAR HARBOR, MAINE – Exactly when does old age begin? Which health markers best predict who will live a long and healthy life versus a life spent in poor health?

Developing metrics to help answer these questions and to understand the tradeoffs between lifespan and health span is the subject of a recent paper by MDI Biological Laboratory scientists in Journals of Gerontology: Biological Sciences, a publication of the Gerontological Society of America.

The authors studied various parameters of health in short-lived strains of the roundworm, C. elegans, with the goal of developing an empirical definition of the onset of old age, and of teasing out which health markers are most predictive of a long and healthy life.

“All anti-aging interventions aren’t created equal,” said post-doctoral researcher Jarod Rollins, Ph.D., one of the study’s lead investigators. “A recent study in C. elegans found, for instance, that the proportion of life spent in a frail state is longer in long-lived mutants than in wild-type animals. Our research is aimed at developing tools to help scientists assess the effect of lifespan-enhancing interventions on health span.”

The molecular mechanisms of aging are a focus of research at the MDI Biological Laboratory, located in Bar Harbor, Maine, which is pioneering new approaches to regenerative medicine focused on the development of drugs to increase healthy lifespan by enhancing the body’s innate ability to repair and regenerate lost or damaged tissues and organs.

Rollins works in the laboratory of Aric Rogers, Ph.D., the lead author of the study, in the institution’s Kathryn W. Davis Center for Regenerative Biology and Medicine.

“As science closes in on the mechanisms underlying aging, the tradeoffs between lifespan and health span become a greater cause for concern,” said Kevin Strange, Ph.D., president of the MDI Biological Laboratory. “The scientists in the Rogers laboratory are at the forefront of developing metrics to assess the impact of anti-aging interventions on quality of life.”

In addition to Rollins and Rogers, authors of the study include Amber C. Howard, Sarah K. Dobbins and Elsie H. Washburn.