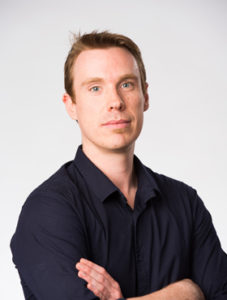 Godwin comes to Maine from the Australian Regenerative Medicine Institute (ARMI), a medical research center at the Clayton, Australia, campus of Monash University. The MDI Biological Laboratory and ARMI have a partnership agreement to promote research and education on regeneration and the development of new therapies to improve human health.

The two institutions are among the few research laboratories in the world focused on studying animals with extraordinary capacities for regeneration to gain insight into unlocking the regenerative capabilities of the human body.

Godwin studies the molecular mechanisms underlying regeneration in the axolotl, a type of salamander also known as the Mexican walking fish. The axolotl is an important animal model in regenerative medicine research because of its ability to regenerate the form and function of almost any body part. In particular, he is studying the role of the neurological and immune systems in limb and heart regeneration.

The ultimate aim of Godwin’s research — as well as of other research being conducted at the MDI Biological Laboratory’s Kathryn W. Davis Center for Regenerative Biology and Medicine — is to gain an increased understanding of the natural mechanisms involved in tissue and organ regeneration in order to develop drugs and other therapies to stimulate regeneration in humans.

Such research holds the possibility that humans may one day be able to repair or regrow tissues and organs damaged by traumatic injury, disease and surgery, improving human health in, to quote Godwin, “an almost unlimited range of applications.”

“If you want to understand the mechanisms involved in tissue and organ regeneration, you have to study animals with strong regenerative capabilities,” said Kevin Strange, Ph.D., MDI Biological Laboratory president. “James is a valuable addition because of his commitment to the axolotl as a research model and because his research on limb and heart regeneration is an important complement to our research in these areas.”

Godwin said he was attracted to Maine by the opportunity to pursue research in two animal models simultaneously: the axolotl at the MDI Biological Laboratory and the mouse, which, like humans, has a limited capacity for regeneration, at The Jackson Laboratory. The comparison of the genetic pathways for regeneration in these models offers insight into how to reverse-engineer regenerative processes in humans.

“Comparative biology is very important to the advancement of regenerative medicine,” Godwin said. “The axolotl is a fantastic model because its limb is more complex than the appendages of other regenerative species – with similar patterning to a human limb. We can use the axolotl as a discovery tool to identify molecules and genetic pathways that are not activated in mammals like the mouse, then apply that knowledge to humans.”

Godwin was also enticed by the history of the MDI Biological Laboratory, which is where one of his scientific heroes, Richard J. Goss, Ph.D., a renowned authority on animal growth and regeneration and a former trustee of the laboratory, conducted pioneering research in the late 1950s and early 1960s. Goss’s classic textbook, Principles of Regeneration, remains an essential primer in the field.

Like Goss, Godwin was inspired to pursue a career in regenerative medicine by his early fascination with limb regeneration in amphibians. A native of Australia, he earned his doctorate in immunology from Melbourne University. Prior to his position as a research fellow at ARMI, he was a research fellow at University College London, where he spent five years investigating the mechanisms of regeneration in salamanders.

His research at the MDI Biological Laboratory is supported by a three-year grant from the Maine IDeA Network of Biomedical Research Excellence (INBRE), which is sponsored by the National Institutes of Health.