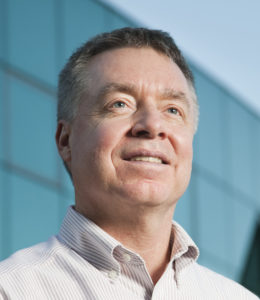 BAR HARBOR, MAINE — “Earth’s Mass Extinctions, Past and Present” will be the subject of an MDI Science Café talk by Mike Coffin, a professor and marine geophysicist at the Institute for Marine and Antarctic Studies (IMAS) at the University of Tasmania, in Hobart, Tasmania, Australia. The café will take place on Monday, July 25, 2016, at 5 p.m. in the Kinne Library at the MDI Biological Laboratory.

Primarily an observational scientist, Coffin has led or participated in 31 blue-water research voyages in the Pacific, Southern, Indian and Atlantic Oceans.

He will address the five mass extinctions of life that have occurred over the 4.5-billion-year history of the Earth, with causes including meteor collisions, massive volcanic eruptions and sudden climate fluctuations. A mass extinction is defined as occurring when more than 75 percent of Earth’s total estimated species becomes extinct in a geologically short interval.

His presentation will compare and contrast the potential causes and consequences of these mass extinctions. He will also present the increasing evidence suggesting that humankind is driving Earth towards a sixth mass extinction to rival all others. In a 2014 TEDx talk, he noted that the impending mass extinction could occur as soon as 240 years from now if all threatened species become extinct in the next 100 years.

“We’re conducting a vast planetary experiment, and we’re doing it knowingly,” he said in the talk, which took place in Tasmania. “Life on the planet will continue, but it’s not going to be life as we know it now.”

Coffin is a Maine native whose career has taken him all over the world, including, in addition to posts in the United States and Australia, those in France, Japan, Norway and the United Kingdom.

He holds a bachelor’s degree from Dartmouth College and two master’s degrees and a doctorate from Columbia University.

The cafés are sponsored by Bar Harbor Bank & Trust and Cross Insurance. The science cafés will alternate with Art Meets Science Cafés at the MDI Biological Laboratory every Monday evening from June 20 to Sept. 19, except for Labor Day. The cafés will take place at 5 p.m. at the laboratory’s Kinne Library.