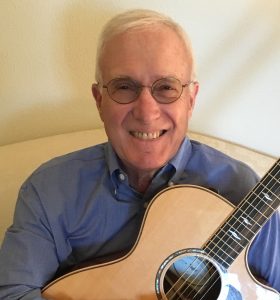 BAR HARBOR, MAINE — Economics is often called “the dismal science.” Unlike the natural sciences, economics does not seem to be subject to rigid laws; and the dreary prospect for the human race envisioned by the 18th-century scholar, Thomas Robert Malthus, that led to the “dismal” designation remains unsettling to us today.

In his studies of economic history, David C. Dawson, Ph.D., a retired physiologist and former director of the MDI Biological Laboratory, has tried to understand this designation. His studies have focused on the more than two centuries of efforts directed at identifying natural laws governing economic systems — efforts which ask if there are “economic principles” that can be expressed mathematically and tested experimentally.

The long history of interactions between natural science and economics will be the subject of a June 24 MDI Science Café presentation by Dawson entitled “The Search for Truth in the History of Science and Economics: Some Surprising Connections.” The café will be held at 5 p.m. at the Maine Center for Biomedical Innovation on the campus of the MDI Biological Laboratory, 159 Old Bar Harbor Road, Salisbury Cove.

According to Dawson, the apparent failure to identify “natural laws” of economics is not for want of effort. In the late 19th century, for example, economists searched for economic analogues to the principles of mechanics and thermodynamics. But attempts to wrestle economics into a scientific straitjacket — what Dawson calls “science and math envy” – “have not taken us very far,” he says.

Worse yet, Dawson says, much of what one hears or reads about economics is “political ideology rather than economic theory.” Sorting out the difference has been a goal of his studies: “The obvious differences in the standards of truth in science and economics really frustrated me, so I decided that when I retired I would seek to understand economics by studying the origins of economic ideas.”

Dawson has been studying economics intensively since retiring from his laboratory career in 2014. Prior to retirement, he taught physiology and biophysics for 40 years at the University of Iowa, the University of Michigan and Oregon Health and Science University.

His interest in economic theory, however, dates back to the “stagflation” of the 1970s. During this period, the nation’s economic performance declined, resulting in unemployment, a reduction in gross domestic product (GDP) and a lower standard of living coupled, somewhat surprisingly, with double-digit inflation. But if stagflation triggered his interest, it is the parallels with medical research that have sustained it.

Like medical research, which seeks to find cures for human disease, economic theory tries to find solutions to society’s economic ills such as inflation, unemployment and banking crises, he notes.

“If one can understand the etiology of economic pathologies — like hyperinflation, for example — one might then design a remedy,” he says. “Some of the early economists were, in fact, physicians.”

Dawson, who holds a doctorate in biology from the University of Pittsburgh, has spent much of his career seeking treatments for two closely linked, lethal childhood diseases: cystic fibrosis — the most common genetic disease among Caucasians — and secretory diarrheas, including cholera. Such diarrheas are one of the world’s leading causes of infant death. His goal has been to establish a scientific basis for the development of drugs to treat these diseases.

His MDI Science Café presentation grew out of a 2018 course in economic history he taught in the Acadia Senior College and a lecture on the subject he delivered in 2019 to the American Physiological Society.