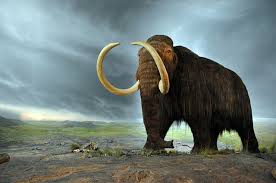 BAR HARBOR, MAINE – Jacquelyn Gill, Ph.D., a paleoecologist and biogeographer, will discuss creative strategies to protect species in a warming world at the next MDI Science Café, to be held at 5 p.m. on Monday, June 27, 2016, at the Kinne Library at the MDI Biological Laboratory. Her presentation is entitled “Should We Clone the Woolly Mammoth to Protect the Tundra from Climate Change?”

Gill, who holds a joint appointment as assistant professor of paleoecology and plant ecology at the University of Maine with the Climate Change Institute and the School of Biology and Ecology, argues that the joint threats of climate change and human activity will combine to create new challenges to biodiversity in the coming century that will require creative thinking about conservation strategies.

“Over the last decade, it’s become increasingly apparent that 20th century conservation strategies may be poorly suited to protect species in a changing world,” she writes in her blog, “The Contemplative Mammoth.”

Such conservation strategies are impractical because they are place-based and species-specific, which becomes problematic when dealing with many places and more than a million species under threat, many of which are moving from place to place. Such strategies also are expensive. The impracticality of current strategies has given rise to a growing number of creative, but often controversial, alternatives, including:

Gill will address emerging and novel conservation methods, as well as how a deep-time perspective – including the study of long-dead organisms in the fossil record — can inform ecology, conservation and management by helping us to better understand threats to biodiversity.

The cafés are sponsored by Bar Harbor Bank & Trust and Cross Insurance. The science cafés will alternate with Art Meets Science Cafés at the MDI Biological Laboratory every Monday evening from June 20 to Sept. 19, with the exception of July Fourth and Labor Day. The cafés will take place at 5 p.m. at the Kinne Library.