Rogers joined the MDI Biological Laboratory as an Assistant Professor in early 2013. He and his research team are working to understand not only how dietary restriction works to increase health and lifespan, but also why. The latter question has led them to focus on a part of the cell that is responsible for creating new proteins and is essentially steering the response to dietary restriction. “Understanding this will allow for the development of therapeutics that can improve quality of life, particularly extending healthy adult life,” Rogers explains. “I believe research in this area has great potential to solve this question that has vexed scientists for decades.” 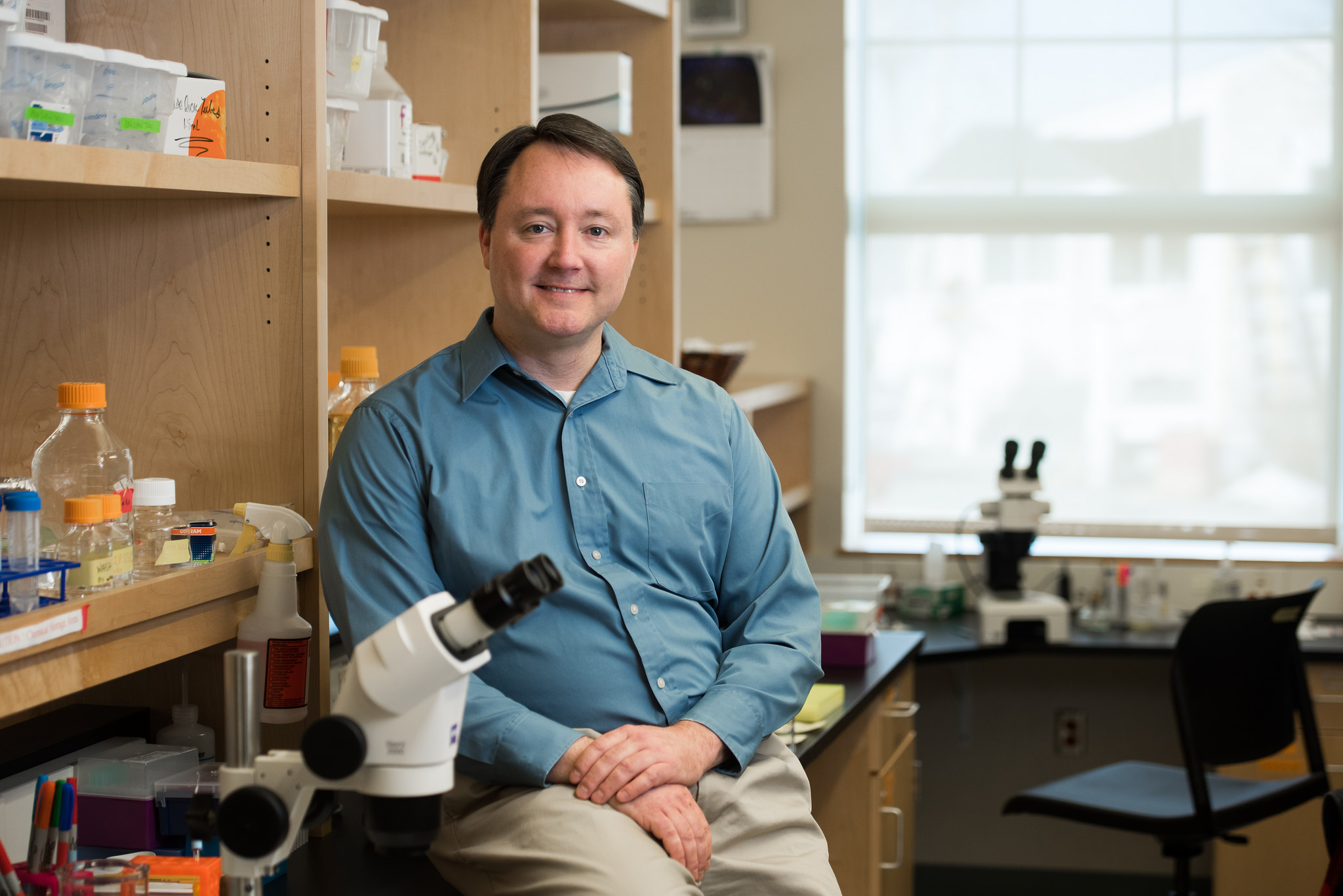 The Rogers Lab primarily studies C. elegans, a nematode worm, to understand the effects of interventions such as dietary restriction (DR) on aging, but also apply their findings to flies and mice to see if the response to DR is replicated. This approach of comparing different animal models is one of the unique aspects of research undertaken at MDIBL, where comparative biology has been a fundamental methodology since the lab was found in 1898.

“Aric has made sound contributions to a growing body of research on dietary restriction and aging,” said Iain Drummond, Ph.D., Director of the Kathryn W. Davis Center for Regenerative Biology and Aging.  “Science is closing in on the ability to extend healthy lifespan, and Aric’s determination in his work brings us ever closer to achieving that goal. The big question he is attempting to answer is especially pertinent in Maine, where we have the nation’s oldest population and the age-related health challenges that go along with that.”

Rogers played a lead role in bringing another important comparative research model, the African Turquoise Killifish (ATK), to the Laboratory’s organism roster. The arrival of the ATK at MDIBL is significant as currently only a handful of labs worldwide are studying this vertebrate. With a naturally compressed lifespan of only four to six months and the ability to regenerate, the ATK is an ideal model to study the nexus between aging and regeneration. Its use at MDIBL will foster better integration between the two scientific disciplines, allowing researchers to look at regeneration in the context of aging (and vice versa.)

In 2019, Rogers was awarded a five-year, $1.8 million grant from the U.S. Department of Health and Human Services to support his research on the cellular and molecular mechanisms governing aging.