Certain organisms have remarkable abilities to achieve self-healing, and a fascinating example is the zebrafish (Danio rerio), a species of tropical freshwater fish that’s an increasingly popular model organism for biological research. When the fish’s spinal cord is severed, something remarkable happens that doesn’t occur in humans: supportive cells in the nervous system bridge the gap, allowing new nerve tissue to restore the spinal cord to full function within weeks.

Pretty incredible, but how does this occur? NIH-funded researchers have just found an important clue. They’ve discovered that the zebrafish’s damaged cells secrete a molecule known as connective tissue growth factor a (CTGFa) that is essential in regenerating its severed spinal cord. What’s particularly encouraging to those looking for ways to help the 12,000 Americans who suffer spinal cord injuries each year is that humans also produce a form of CTGF. In fact, the researchers found that applying human CTGF near the injured site even accelerated the regenerative process in zebrafish. While this growth factor by itself is unlikely to produce significant spinal cord regeneration in human patients, the findings do offer a promising lead for researchers pursuing the next generation of regenerative therapies.

As reported in the journal Science, researchers led by Kenneth Poss and postdoctoral fellow Mayssa Mokalled of Duke University, Durham, NC, made this discovery by screening for genes that switch on soon after spinal cord injury. Their search produced a list of seven genes that encode proteins that cells secrete. Of the seven, CTGFa caught their attention because its activity increased in a specific population of glial cells, which wrap around and insulate nerve cells to give them structural support.

Glial cells are known to migrate to the site of a spinal cord injury and form a crucial bridge that initiates the healing process. Once the bridge is in place, new nerve cells come in to fill in for the lost tissue. It is this ability to bridge the gap that seems to determine the healing capacity of spinal cord injuries.

To confirm that CTGFa was indeed an important healing factor, the Duke researchers studied zebrafish that were engineered to block production of the protein. Sure enough, many fewer glial cells extended into the injury site to form that critical bridge, and they couldn’t repair the spinal cord.

The opposite was true for zebrafish that were engineered to produce extra CTGFa. They formed glial bridges more effectively than usual, allowing spinal nerve cells to regenerate faster to heal the wound. In the fish tank, they literally went from being paralyzed to swimming around normally.

More remarkably, the researchers saw the same thing happen when they dabbed extra human CTGF protein on the fish’s injured spinal cords. (Seventy percent of protein-coding human genes are shared with zebrafish, and the human and zebrafish CTGF proteins are 90 percent identical.) Within a week, the fish had greater healing capacity than zebrafish normally do. Within two weeks, they also overcame their paralysis to swim better than untreated fish could.

CTGF is a large, complex molecule, but the researchers found that only a portion of this growth factor is required for its healing effects. That’s potentially good news, suggesting it might be possible to devise a regenerative treatment based on an easier-to-deliver small molecule that would work similarly.

If humans produce CTGF, you might wonder why we don’t have the same regenerative powers as a zebrafish. Poss cites several possible reasons, including the increased size and complexity of the human spinal cord. It’s also possible that CTGF doesn’t switch on in people after an injury in the same way it does in the fish. That can now be tested.

It will be important now to study CTGF for its potential to contribute similar activity in the injured mammalian spinal cord, beginning with studies in the laboratory mouse. Regardless of what those studies ultimately reveal, the new work is a reminder of the ways in which basic science can point us in the direction of previously unthinkable new approaches to medicine.

Why Use Zebrafish to Study Human Diseases (Intramural Research Program/NIH) 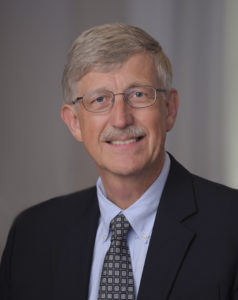 Scientists at the MDI Biological Laboratory use the comparative model approach to understand the basic biology of tissue regeneration and aging. Thanks to evolution and common ancestry, we humans actually share a large portion of our DNA with fish, worms, and salamanders. Humans and zebrafish, for example, share 70% of the same genes; 84% of human genes known to be associated with human disease have a zebrafish equivalent. That’s a lot of similarity.