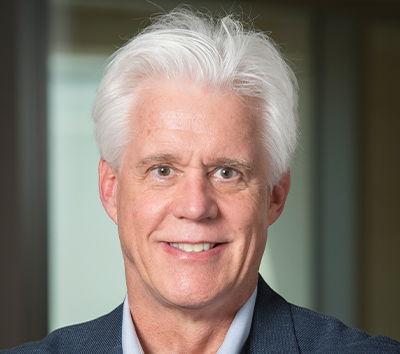 Eric Olson is the founding chair of the Department of Molecular Biology at UT Southwestern. He also directs the Hamon Center for Regenerative Science and Medicine and the Wellstone Center for Muscular Dystrophy Research. He holds The Robert A. Welch Distinguished Chair in Science and the Annie and Willie Nelson Professorship in Stem Cell Research.

Eric Olson and his trainees discovered many of the genes that control heart and muscle development and disease. Among their discoveries were myogenin and MEF2, master transcriptional regulators of myogenesis, and Myomaker and Myomixer, the long-sought membrane proteins that control myoblast fusion. Olson’s team also discovered the Hand transcription factors, which regulate ventricular growth, and myocardin, the activator of cardiovascular differentiation. Other discoveries include the stress-response pathways that underlie pathological cardiac remodeling and numerous microRNAs that modulate muscle development and disease. His most recent work has provided a new strategy for correction of Duchenne muscular dystrophy using CRISPR gene editing. Olson’s discoveries at the interface of developmental biology and medicine have illuminated the fundamental principles of tissue formation and have provided new concepts in the quest for muscle and cardiovascular therapeutics. Many of Olson’s trainees are emerging as the next generation of leaders in cardiovascular medicine.

Olson has co-founded multiple biotechnology companies to develop therapies for heart and muscle disease, including Myogen, Miragen, Tenaya Therapeutics and Exonics. In his spare time, he plays guitar and harmonica with The Transactivators, a rock band inspired by Willie Nelson, the Texas troubadour who created the Professorship that supports his research.