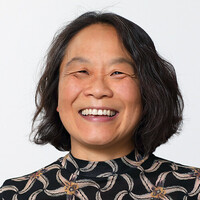 Elly Tanaka, Ph.D. is a Senior Scientist at The Research Institute of Molecular Pathology (IMP).

Salamanders have the remarkable capability to regenerate their limbs and spinal cords. Our group has developed molecular genetics in the axolotl in order to identify the stem cells responsible for this complex regeneration, and the injury-responsive signals that initiate their proliferation. We have also identified signals that guide the regeneration process to form a faithfully constructed organ with the right types of cells at the right time. For example, we have recently identified a factor that is released from the epidermis that first forms after an injury.

In addition, we found that, in the salamander spinal cord, adult type neural stem cells dedifferentiate to an embryonic type neural stem cell in order to grow the new spinal cord. This process involves the upregulation of molecular factors involved in planar cell polarity signalling that ensure that the neural stem cells not only divide in the correct orientation, but also cause them to self-renew at the early stages of regeneration. Finally, we are interested in the role of novel gene function in these processes.

We are now starting to study why the regeneration process ceases to work in frogs after metamorphosis, and why it occurs only in the fingertip of a mouse.  We are tracing cognate stem cell populations in these different species to determine if stem cell behaviour and potential vary among animals, and correspondingly we are studying how the cells differ in response to regeneration associated signals.