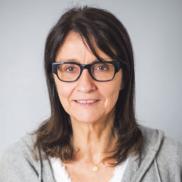 Dr. Antignac is professor of genetics at University Paris Descartes and director of the INSERM (French Institute of Health and Medical Research) Laboratory of Hereditary Kidney Diseases at the newly established Imagine Institute, an interdisciplinary research center on rare genetic diseases at the Necker Enfants-Malades University Hospital in Paris.

Her research focuses on identifying and characterizing genes responsible for inherited renal disorders. Dr. Antignac has made seminal contributions to our understanding of the genetic basis of several renal diseases. Her group used positional cloning to identify gene mutations causing nephronophthisis, cystinosis, and steroid-resistant nephrotic syndrome. They have also used candidate gene approaches and phenotype/genotype correlation to identify genes in other hereditary renal disorders, such as Bartter syndrome, Alport syndrome, and renal tubular dysgenesis.

Dr. Antignac’s main contribution has been to understand the genetic bases of monogenic glomerular diseases. In 2001, Dr. Antignac identified the NPHS2 gene encoding podocin, one of the most frequently mutated genes in steroid-resistant nephrotic syndrome. Podocin turned out to be a crucial protein for the development and maintenance of the glomerular filtration barrier; this and other pioneering work led researchers to focus on the podocyte as a major player in the development and diseases of the glomerulus.

Dr. Antignac has since cloned many other genes involved in steroid-resistant nephrotic syndrome, including her recent discovery of an unexpected role for intraflagellar transport proteins in podocyte function.

Among her many contributions to her profession, she has served on the scientific committee of the French Medical Research Foundation and chaired the scientific review board of the Cystinosis Research Foundation. She served as associate editor of the Journal of the American Society of Nephrology and is currently on its editorial board, as well as the board of Kidney International.

Dr. Antignac has been awarded the Medical Research Prize from the French Medical Research Foundation, the Eloi Collery Prize from the French National Academy of Medicine, the Prize of the French Association of Patients with Nephrotic Syndrome, and the Lilian Jean Kaplan International Prize for Advancement in the Understanding of Polycystic Kidney Disease. She received her MD and her PhD (in human genetics) from Paris 6 University and trained as a pediatric nephrologist.