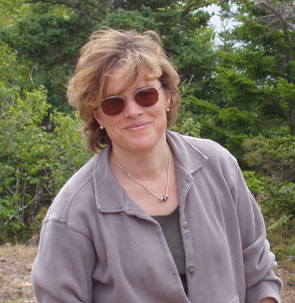 Barbara Beltz, Ph.D. is a professor of neuroscience at Wellesley College.

New neurons are born throughout life in the brains of many organisms, including humans. My laboratory’s primary focus is understanding the sequence of events that leads to the production of new nerve cells, and the regulatory events that influence this process.  Our current work asks how environmental signals influence electrical and chemical signals in the brain, thereby altering the production or differentiation of new neurons.  Using the crustacean brain as our experimental model, we have defined the roles of serotonin, nitric oxide, the day-night cycle and dominance status in the these events.   We also have identified the stem cells that produce the new neurons, and the migratory pathway followed by the newborn cells. Our studies test how environmental (day-night cycle; tides; diet), behavioral (locomotion; social interaction) and endogenous (hormones; serotonin; melatonin; electrical activity in the brain) signals result in the selective activation of neuronal and molecular pathways controlling neurogenesis.

In addition to the topics reviewed above, we are also developing the crustacean brain as a model for environmental toxicology.  Because neurogenesis is life-long in many animals, this process may be particularly sensitive to environmental toxins.  In order to explore this possibility, we are testing how organophosphate pesticides influence the birth and differentiation of new neurons, and expect that the crustacean brain will provide a very sensitive assay for the effects of toxic substances in the nervous system.