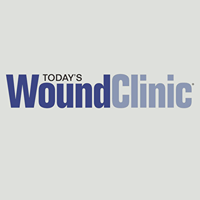 The MDI Biological Laboratory (Bar Harbor, ME), and independent, non-profit biomedical research institution, has revealed a new discovery by Assistant Professor, Vicki P. Losick, PhD. She has recently discovered a new healing mechanism, which she has termed wound-induced polyploidy (WIP). Losick collaborated with Albert S. Jun, MD, a professor at the Wilmer Eye Institute at Johns Hopkins Medical School (Baltimore, MD), on her research. Jun is the co-author of Losick’s recent paper, which was published in PLOS ONE.

Losick originally identified the mechanism regulating WIP in the fruit fly. With Jun’s help, she has now shown that WIP occurs in mammals. Using a mouse model of a human eye disease, Fuchs endothelial corneal dystrophy, she discovered that cells enlarge by polyploidization to precisely compensate for cells that are lost, indicating that the extra-large cells are likely playing a beneficial role not a pathological one as previously thought. These findings suggest the cellular damage caused by cell loss or wounding leads to different mechanisms of tissue repair — cell proliferation or cell growth — depending on context. Knowing that WIP is a widely used part of the body’s healing arsenal means researchers can look for genes or drugs that promote healing by boosting the body’s ability to generate these extra-large cells.

Since joining MDI, Losick has continued her studies of WIP in the fruit fly at the Kathryn W. Davis Center for Regenerative Biology and Medicine. The goal of her research is to further characterize the molecular mechanisms underlying WIP with the aim of developing therapeutic agents that can promote healing through the manipulation of these pathways.