HomeNewsIn The MediaWant to Live 400 Years? These Simple Nematode Worms Might Show Humans How 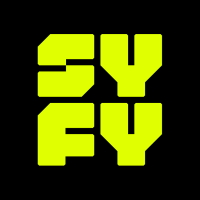 While we embark on yet another trip around the sun entering a new decade in 2020, thoughts naturally stray to our own mortality and ways we can improve future days via simple changes in our diet, exercise, and stress levels. But the generic nematode worm might hold clues to extending our Earthly lives far beyond the dreams of our imagination, or the furthest reaches of any insurance company actuary report.
In a new study published in the online journal Cell Reports, a team of international researchers has discovered methods to increase the lifespan of the lowly C. elegans worm by five times, long after its normal three or four week lifecycle. If these findings were successfully applied to human beings, that person would experience the equivalent of blowing out 400 birthday candles on a celebratory cake. That’s a big cake, and scientists associated with the startling project see the data as a vital stage in someday seeing it as reality.

By genetically manipulating insulin/insulin-like signaling pathways in molecules inside nematode cells, researchers have built upon previous findings linking two specific pathways — the insulin signaling pathway and the target of rapamycin pathway — to the aging process. Scientists then determined that changing the insulin pathway doubled a worm’s longevity, while altering the rapamycin pathway only increased it 30 percent.

However, in what came as an obvious surprise to the team, when both C. elegans pathways were altered, this boosted their lifespans up to a whopping 500 percent instead of 130 percent. 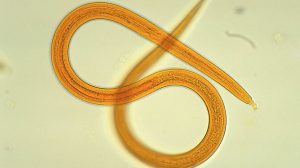 “The synergistic extension is really wild,” MDI Biological Laboratory’s lead study author Jarod Rollins said in a press release. “The effect isn’t one plus one equals two, it’s one plus one equals five. Our findings demonstrate that nothing in nature exists in a vacuum; in order to develop the most effective anti-aging treatments we have to look at longevity networks rather than individual pathways.”

Due to the number of shared genes and cellular pathways, C. elegans are perfect for carrying out advanced research on human aging and cutting-edge experiments in life extension. And because of their brief lifespans, immediate changes in their aging can be observed more readily. The logical progression of this newfound information would be to apply the resulting knowledge to Mankind in order to greater understand our own mortality and its eventual limitations. 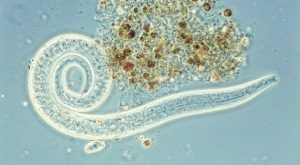 “Despite the discovery in C. elegans of cellular pathways that govern aging, it hasn’t been clear how these pathways interact,” MDI Biological Laboratory President Hermann Haller added. “By helping to characterize these interactions, our scientists are paving the way for much-needed therapies to increase healthy lifespan for a rapidly aging population.”

Are you prepared to live nearly half a millennium, or satisfied with a solid 80 years or so on our spinning Big Blue Marble?