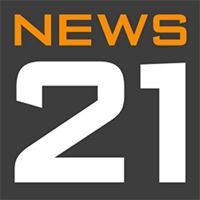 Jane E. Disney, Ph.D., MDI Biological Laboratory senior staff scientist and director of education, and Anna Farrell, program coordinator for the institution’s Community Environmental Health Laboratory, were interviewed for the investigative documentary, “Troubled Water,” on environmental threats to the nation’s water supply. The documentary was produced by News21, a national initiative to train a new generation of journalists capable of reshaping the news industry. News21 was launched in 2005 by the Carnegie Corporation of New York and the John S. and James L. Knight Foundation as a cornerstone of the Carnegie-Knight Initiative on the Future of Journalism Education. Disney is the leader of the EPA-funded “All About Arsenic” program, whose goal is to create a national model to help schools and community organizations address the public health risks of exposure to toxic contaminants in drinking water, with a focus on arsenic. The interview with Disney and Farrell is located at 17 minutes, 3 seconds.