Finding the key to the fountain of youth is a tale as old as time and research into the causes, results, and possible ways to stop aging are pretty popular. There are countless products, vitamins, and aesthetic services that promise to delay or reverse the signs of aging. The anti-aging industry is poised to grow to exceed $271.0 billion by 2024.

The Department of Health and Human Services seems to agree that studying aging is an important priority. According to MDI Biological Laboratories, The U.S Department of Health and Human Services has awarded a grant to Aric Rodgers of MDI Biological Laboratories, so that Rodgers can continue his research on cellular and molecular mechanisms governing aging.

The grant, which will be in the amount of $373,500 per year for five years will be crucial to the development of new therapies aimed at delaying or mitigating the effects of age-related disorders and conditions. It will be focusing especially on a condition called sarcopenia: which is when a patient loses muscle mass as a result of a patient being of advanced years. 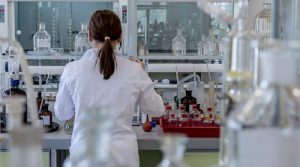 MDI Biological Laboratories is located in Maine, as is Rodgers, which is especially relevant because Maine has one of the oldest populations in the country. In fact, Maine is projected to have more old people (citizens 65 or older) than young people by the year 2020. In 2014, more people died in Maine than were born which is a startling consideration. Maine is fifteen years ahead of the rest of the U.S population in terms of aging.

In a joint statement, Maine Senators Susan Collins and Angus King had this to say about aging: “As the state with the oldest median age in the nation, Maine has a unique responsibility to take a leadership role in helping our seniors stay healthy as they age.” In reference to Dr. Rodgers’s research: “Dr. Rodgers’s research is important to understand the factors that lead to age-related conditions and to helping innovators develop therapies for seniors that could reduce or postpone their symptoms”. Senator Collins is the chairman of the Senate committee on aging.

The funding from HHS will support further research critical to improving the lives of seniors, specifically from Dr. Rodgers’s earlier discoveries which found that muscle tone might actually be protected under conditions of dietary restriction. Dietary restriction is a reduction of calories without malnutrition. To be more specific, Dr. Rodgers believes that dietary restriction promotes the replacement of muscle components by activating genes that control muscle structure and function. 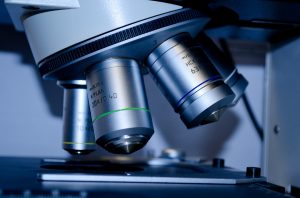 This funding will allow for the purchase and maintenance of several powerful state-of-the-art tools, many of which were originally developed in Rodger’s own laboratory to further illuminate the effect dietary restriction will have on muscles in aging patients. This will be a defining moment in the field of aging as muscle-specific responses to dietary restriction are not well known.