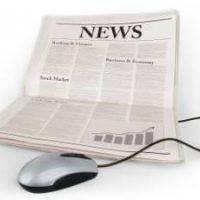 The MDI Biological Laboratory announced that the US Department of Health and Human Services has awarded a grant of $ 373,500 per year for five years to Aric Rogers, Ph.D., to support his research on mechanisms cellular and molecular regulating aging.

The understanding of these mechanisms that will be acquired by this research has the prospect of contributing to new therapies to delay or compensate for the effects of diseases and conditions related to age, and in particular the loss of muscle mass that occurs with Advancing years – on condition called sarcopenia

“THIS GRANT WILL ALLOW ARIC TO CONTINUE WITH HIS IMPORTANT WORK OF DECIPHERING THE PATHWAYS THAT REGULATE AGING. SCIENCE IS APPROACHING THE CAPACITY TO PROLONG THE LIFE SPAN IN GOOD HEALTH AND THIS GRANT WILL BRING US EVEN CLOSER TO ACHIEVING THIS GOAL.”

The grant will support Rogers’ ongoing research on the mechanisms of aging in C. elegans, a nematode worm that is a popular model in aging research because of its genetic similarity to man and his three week duration, which allows scientists to quickly evaluate the effectiveness of anti-aging interventions.

The grant has special health implications for the inhabitants of Maine, which is the state with the nation’s oldest population.

“Thousands of seniors across Maine struggle to manage expensive and time-consuming care for their age-related conditions,” said US psychologist Susan Collins, chairman of the aging committee. Senate, and Angus King in a joint statement. “Being the country’s oldest median age in the state, Maine has a unique responsibility to take the lead in helping our seniors stay healthy as they age.”

“Dr. Rogers’ research is important to understand the factors that lead to age-related conditions and to help innovators develop therapies for the elderly that could reduce or delay their symptoms,” the statement continued.

Both senators have made the issues related to aging a legislative priority in response to the demographics of their constituencies.

In his career in the aging biology, Rogers focused on studying genetic pathways that regulate dietary restriction (DR) or calorie reduction without malnutrition, which science has shown to extend healthy life span in a wide range of organisms, from one yeast to thin cells to primates like humans.

The reasons behind the DR’s ability to prolong healthy lifespan have been well demonstrated – because nature wants an organism to survive to reproduce, the cell’s genetic mechanism moves in response to food shortages. emphasis on growth, which is expensive in terms of cellular resources, for an emphasis on survival.

As part of its survival strategy, the cell enters a state of catabolism, which means that cellular components are broken down by energy and the raw materials normally provided by food. In his previous research, Rogers discovered that there is an exception to the reduced emphasis on growth: improving muscle maintenance.

The grant will support further research on Rogers’s previous findings, which have shown that muscles can preferably be protected – or “privileged” – in DR conditions. Rogers believes that DR promotes the replacement of muscle components by activating genes that control the structure and function of muscles.

It hypothesizes that this is the natural way to ensure that an organism is able to maintain the muscle strength and functionality necessary to continue looking for food due to nutrient scarcity. His discovery could have applications for the treatment of sarcopenia or loss of muscle mass which is a natural part of aging.

“One of the greatest risks to the health of aging is fragility, which is caused by loss of muscle mass and integrity,” Rogers said. “By gaining a better understanding of the mechanisms by which muscle tissue is maintained under DR conditions, we can inform efforts to develop drugs that promote the function and maintenance of skeletal muscle with age.”

Sarcopenia is one of the most important causes of functional decline and loss of independence in the elderly. Although it generally begins in the 1930s, it begins to accelerate around the age of 75 and when an individual has reached the 1980s it can cause the loss of up to 50% of muscle mass.

The grant will use powerful genetic tools at the forefront, many developed in Rogers’ laboratory, to further clarify the specific responses of muscle to DR, which are not well understood.