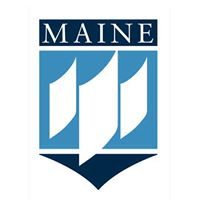 Comparing regenerative tissue capabilities among animals is the focus of a new database created by a team of researchers at the University of Maine and MDI Biological Laboratory.

Benjamin King, an assistant professor of bioinformatics at UMaine, and Viravuth Yin from the MDI Biological Laboratory in Bar Harbor, led a team to create RegenDbase, the Comparative Models of Regeneration Database.

While regenerative capacity in mammals is limited to select tissues, lower vertebrates such as zebrafish and salamanders have the ability to regenerate entire limbs and most adult tissues, including heart muscle, according to the researchers.

Future incorporation of data sets from other organisms and human tissues will enable broader cross-species comparisons of regenerative biology, the researchers hypothesize.

King is the lead author of “RegenDbase: a comparative database of noncoding RNA regulation of tissue regeneration circuits across multiple taxa,” which was recently published in the journal npj Regenerative Medicine.

Among the co-authors of the study is UMaine student Grace Smith, a molecular and cellular biology major in the Honors College. This summer, Smith is taking part in the Novartis Scientific Summer Scholars Program where she is conducting research at the Novartis Institutes for BioMedical Research in Cambridge, Massachusetts.