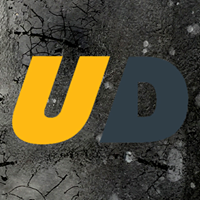 Quick healing is often seen as a superpower in comic books or movies, but it does have a basis in reality. While humans don’t have the ability to regrow entire body parts in the way starfish can, children have been known to regrow fingertips, provided they’ve got part of the nail left. Early on in life, we lose this ability and our super-healing genetic switch is turned off. But now, researchers at MDI Biological Laboratory in Maine have discovered a molecule which may be able to turn it back on.

The findings, published this month in the journal npj Regenerative Medicine, show that both zebrafish and mice injected with the molecule MSI-1436 significantly regenerated damaged tissues. Fish treated with the molecule grew back their damaged tail fin three times faster than the control, and heart tissue more than twice as fast. When researchers damaged the hearts of adult mice and injected the animals with MSI-1436, their survival rate jumped from 55 percent to 80 percent.

“I was a bit skeptical,” says Viravuth Yin, an assistant professor at MDI Biological Laboratory and corresponding author on the paper, “because the result was sort the holy grail of what we are trying to do.”

What they are trying to do — the goal of regenerative medicine overall — is to help the body heal itself. While other researchers have tried to do that using stem cells or tissue engineering, Yin and his colleagues are focused on creating drugs that can harness the body’s natural abilities.

“If you think about it, we all start out as a single-celled embryo, and then from there we grow everything that we need,” says Kevin Strange, president of MDI Biological Laboratory and a co-author on the paper. “So, all the machinery that we need to replace lost and damaged body parts is there, but for some reason which we still don’t entirely understand yet, those mechanisms get turned off when we’re young so that we can’t turn them on as adults. And our approach has really been to ask what those pathways are, why they turn off in humans and can we then develop drugs — small molecules — to turn them back on.”

Strange and Yin say that MSI-1436 works by inhibiting another molecule known as PTP1B. Linked to obesity and diabetes, research suggests that PTP1B is also responsible for turning off or dulling our self-healing abilities at an early age. While the reason isn’t clear, Yin suggests it may be because encouraging cellular growth can possibly lead to cancer, or simply because it just takes a lot of energy. While quick healing is a useful ability as a young child, the body quickly needs to turn its focus, as Yin clinically puts it, to “bringing the human to a state where you can reproduce.”

Angela Russell, a regenerative medicine researcher at Oxford who was not involved in the research, said she would like to see more evidence that MSI-1436’s success hinges on blocking PTP1B. The authors presented limited evidence in the paper. Still, she says regardless of the exact mechanism, “I have not seen such striking data as this with a small molecule alone.”

Yin and Strange are quick to point out that just because MSI-1436 shows promise in mice and fish doesn’t mean that it will work in humans.

To continue research, MDI Biological Laboratory has patented the molecule and Yin and Strange formed Novo Biosciences, a private company with an exclusive license to research and develop it as a drug. If all goes well, they hope to help treat cardiovascular disease, helping the heart repair itself after an attack or stroke.

“I like to say that if you’ve had a pet mouse that’s had a heart attack, I’m pretty sure I can make it healthier for you,” says Strange. “Whether this is ever going to work in humans is long, hard road away.”

Ian Evans is a Boston-based freelance reporter who writes about science, health and the environment.