HomeNewsIn The MediaSouth Carolina Aquarium Ramping Up War on Plastics 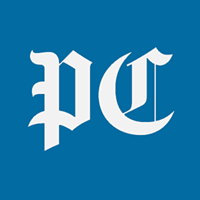 As news of a tropical island paradise filled with trash from the ocean made international headlines a few days ago, the South Carolina Aquarium was renewing its efforts to prevent similar travesties.

At its annual gala Saturday, the Aquarium honored a man who goes into impoverished nations and encourages residents to recycle the tons of discarded plastic that threaten the oceans. The annual Environmental Stewardship Award went to David Katz, founder and CEO of The Plastic Bank. Katz, who has been working in Haiti, trades the collected plastic for goods, services or cash, makes it into pellets and sells it to manufacturers that agree to use what he calls Social Plastic.

Aquarium CEO Kevin Mills met him in March when Katz spoke at a “Breaking Down Plastic” summit that the Concord Street visitor attraction organized with the Lonely Whale Foundation. The meetings drew more than 500 people from around the world. The event kicked off a new level of the Aquarium’s mission to keep plastics out of the oceans.

“We perceive the issue as more urgent than ever as we get more data,” Mills said. “And what the data suggest is really terrifying. Plastic usage and production is increasing at an exponential rate, and we don’t currently have the mechanisms to contain it.”

The despoiled paradise that was in the news recently was Henderson Island in the South Pacific. In 1988, UNESCO’s World Heritage Center described it as “one of the few atolls in the world whose ecology has been practically untouched by a human presence.”

It’s just one of the many signs that the amount of trash in the ocean is out of control. As far back as 2009, a massive patch of plastic trash twice the size of Texas was found floating in the Pacific Ocean about a thousand miles west of California.

Katz says the only hope of heading off disaster is to get more manufacturers to use the 4 trillion pounds of plastic that already exists, which will never decompose, rather than producing more.

The Aquarium has been ramping up its mission to keep plastics out of the oceans. It’s becoming a major message to the 450,000 visitors a year, including 1,200 schoolchildren from all over the state on a typical day. Alerting the public to the danger of plastics will be one of the messages of the new Zucker Family Sea Turtle Recovery that opens to the public Saturday. The staff is working on a phone app that will be unveiled this summer to help people track and fight the problem.

The warning that the oceans were in trouble came from the turtles, but it’s not just the turtles that are threatened. Of the couple hundred turtles that have been nursed back to health since the aquarium opened in 2000, 17 had eaten plastic, some with drastic consequences. A dozen of those cases have been in the last two and a half years, according to Kelly Thorvalson, conservation programs manager.

“I think that really tells the story,” she said. “Sea turtles are an indicator species. It’s a warning that we need to heed.”

“The turtles are the canaries in the mine,” conservation director Al George said.

The tons of plastic that float in the ocean never decompose but break down into tiny pieces, some microscopic, that can kill sea creatures. Humans consume it when they eat seafood. The effects of the toxins on humans have not been documented.

“It’s bigger than the wildlife that is in the ocean,” Thorvalson said. “It ultimately is going to come back to human health. The implications are much larger than sea turtles.”

A 2014 study led by Citadel biology professor John Weinstein found that some 7 tons of plastic are breaking up into pieces in Charleston Harbor.

“The plastics problem is a relatively new issue that has not received a lot of visibility,” he said.

About a year ago, the Aquarium joined 17 others around the nation to form the Aquarium Conservation Partnership. They decided the most important issue for their initial focus was plastic in the oceans. The plastic summit was the result.

A followup to the summit will be rolled out this summer. The aquarium staff is working with Jane Disney, education director of MDI Biological Laboratory of Bar Harbor, Maine, on a phone app that allows people to log plastics they collect in neighborhoods, on beaches or along rivers into a database. The Anecdata Citizen Science App could reveal patterns of what trash is most prevalent and help head it off.

The message is not just for coastal cities such as Charleston and Myrtle Beach. The Broad River runs through Columbia. All the state’s waterways eventually lead to the Atlantic.

“It’s just as important for people in Columbia to pick up trash as it for people at the beach,” George said.