Extensive regeneration occurs in certain animals such as amphibians and teleosts, allowing them to fully regenerate body parts such as their limbs, tails and retina. Despite humans sharing many of these genes within these organisms, our adult regenerative capacity is limited.

Drs Benjamin L King and Voot P Yin at the MDI Biological Laboratory in Bar Harbor (ME, USA) carried out a next-generation sequencing analysis into the genetics of these organisms to identify the genetics regulating blastema formation – the key step in regeneration in animals such as the zebrafish, axolotl and the bichir, where injury the injury site forms a mass of dedifferentiated cells that proliferate and differentiate in a coordinated manner to re-form the lost appendage.

Their analysis of their RNA-seq transcriptome demonstrated an evolutionary divergence approximately 420 million years ago of a common miRNA-regulated genetic network of blastema genes, identifying new genes involved in limb regeneration and a significant role of miRNAs, suggesting that regeneration is an ancestral trait that could be reactivated in humans.

In this interview, Drs Benjamin L King and Voot P Yin from MDI Biological Laboratory in Bar Harbor (ME, USA), discuss their discovery of a common miRNA-regulated genetic network of genes controlling limb regeneration in regenerative species, the implications and potential applications of this research, the wider role of miRNAs in regenerative processes, and the road ahead. 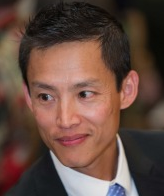 Dr Yin is studying limb and heart muscle regeneration in adult zebrafish. Humans share the same genetic program to regenerate missing or damaged tissue as zebrafish, but the genetic code has been deactivated. He is seeking to understand how zebrafish regenerate damaged tissue so that therapies can be developed to reawaken the dormant genetic codes for regeneration in humans. Using the adult zebrafish, Dr Yin has discovered that miRNAs play a central role in the initiation and propagation of this process. Furthermore, his lab has recently discovered that MSI-1436, a repurposed drug, enhances tissue regeneration of complex limb and heart tissues. This groundbreaking work led to the co-founding of Novo Biosciences, Inc. (Bar Harbor, ME, USA), a regenerative medicine company devoted to accelerating our innate ability to heal. Dr Yin currently serves as Novo’s chief scientific officer. His research has implications for limb regeneration, wound healing, prosthetics, heart muscle regeneration and muscular dystrophy. 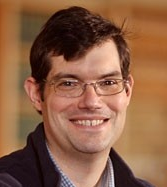 Benjamin L King
Recent advances in genomics are transforming how we study biology, making it essential to gather and analyze increasingly large volumes of data. Dr King specializes in bioinformatics, in which data are analyzed and integrated with existing knowledge. He applies this data-intensive discovery approach to the study of the fundamental mechanisms of regeneration. The ability to mine unexplored data promises to speed the pace of discovery in the biomedical sciences. His team is developing the Comparative Models of Regeneration Database (RegenDB), which provides a systems-level view of tissue regeneration models to advance knowledge of regenerative biology and stem cell self-renewal. Scientists can use RegenDB to analyze integrated functional genomic datasets of regenerative processes to identify conserved gene networks within and across species. Under Dr King’s leadership, the MDI Biological Laboratory is seeking to become a center for education in data-intensive discovery.

Can you tell us about your careers to date and how you came to be involved in researching the genetics of appendage regeneration?

Ben King: My background is in genomics and bioinformatics – a particular discipline that is broadly utilized across medical sciences as well as biology in general. We now have the ability to characterize the complete genome and gene activity of essentially any organism: it’s an incredibly powerful approach and does require some specialized expertise, which I have acquired over the years.

My undergraduate and masters degrees were in biomedical engineering from Boston University (MA, USA) and my department later launched one of the first graduate programs in bioinformatics. I initially worked on protein structure modeling and computer-aided drug design, but my career followed the revolution in genomics.

The opportunity to study genomes of non-model organisms for the first time, especially in the context of regeneration, led me to MDI Biological Laboratory 7 years ago. High-throughput sequencing has enabled us to study animals that have an inherent ability to regenerate virtually any tissue and learn essentially how those mechanisms work, and then of course compare to mammalian tissues, which typically have less regenerative capability.

Voot Yin: I started my scientific career at the University of Utah in Salt Lake City (UT, USA) where I earned a PhD in the department of Human Genetics. I focused on understanding the process of tissue destruction and remodeling during normal animal development, and how key genetic players regulate these processes. So at a very early stage in my career I recognized the fact that animals have really perfected cellular processes that we’re interested in today.

From then I went to Duke University Medical Center (NC, USA) where I joined the lab that pioneered zebrafish as a model system to interrogate both appendage and heart muscle regeneration – that’s what I do now in the lab. My interest in microRNAs (miRNAs) spans from the desire to define the genetic circuits that allow regenerative processes to occur very well in organisms such as the zebrafish, axolotl and the bichir. These animals have the innate ability to regenerate limbs and the genetic underpinnings have been subjected to evolutionary pressures for hundreds of millions of years. We would like to identify these critical genes and manipulate them in humans in order to improve our own regenerative capacity.

The focus with appendage regeneration was to decode and to reduce the number of potential genetic influences down to a very small number. Given that miRNAs are conserved at the sequence level across all organisms it should be easy to compare and identify common factors.

Can you summarize the role you found miRNAs to play in the initiation and propagation of the regenerative cascade of limbs in your recent study?

BK: miRNAs are highly conserved and known to be post-transcriptional master regulators of many other genes, so we wanted to look at the miRNAs in the regenerative responses in the regenerative organisms, zebrafish, axolotl and the bichir. We chose these organisms because they regenerate appendages in the same way at a cellular level. After clotting and wound healing following an injury in these animals a tissue, called the blastema, forms over the wound. The blastema cells are highly proliferative and the blastema is maintained throughout outgrowth in all three organisms; furthermore, in different model systems if you inhibit the formation of the blastema, regeneration cannot occur.

We therefore wanted to look at that equivalent critical time point of blastema formation in all three systems. We found that some of these miRNA were highly upregulated and five of them were downregulated, and these miRNAs can of course mediate a certain battery of genes and regulate them. So, we have a model where the miRNAs circumvent the top of the process and control the networks of protein-coding genes that are required for blastema formation.

VY: A key principle that we follow in developmental biology in these types of profiling studies is that an injury to an animal system is reflected at the genetic level. Therefore, genes that are either significantly upregulated or downregulated during tissue injury probably have an important role in mediating the repair process. That is why for us, the focus has been on the miRNA that are significantly upregulated in the context of blastema formation.

VY: When you look at the position of these three animal systems in the evolutionary tree they last shared a common ancestor about 420 million years ago. Each appendage has different tissue composition and rates of regeneration, yet when you look at the critical structure, the blastema, there’s actually a well-conserved set of miRNAs. To me it is surprising but also revealing, as it tells us that if we want to manipulate or enhance blastema formation in a non-regenerative system we now have the key ingredients that have been favored during evolution as being critically important.

BK: With the high-throughput sequencing we could really understand for the first time what miRNAs and genes are expressed in all three systems. The zebrafish of course is a widely utilized model organism with a well-characterized genome and many studies have been carried out looking at caudal fin regeneration in the zebrafish, but with the axolotl there are fewer genetic tools and its genome is estimated to be 10-times as large as the human genome. Then another challenge is of course working with Polypterus senegalus (bichir) as there was essentially no previous knowledge to rely on, so a challenge was trying to assemble what we call a transcriptome and identify miRNAs in both the axolotl and the bichir.

In particular, seeing miR-21 consistently upregulated and the most highly expressed miRNA in all three systems was one of the biggest surprises and exciting to see. It demonstrates just how powerful genomics is by characterizing organisms with traits of interest rather than confining studies to traditional model organisms.

Read the full article on the Regenerative Medicine Network site.