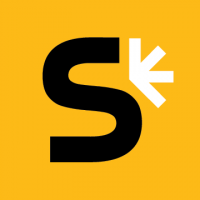 A few simple genetic changes is all it takes to prolong a worm’s life span by 500 percent, a new study has found.

That’s much longer than we ever expected, and scientists working the problem think results such as these might help us understand our own ageing process a little better.

That’s because worms like the nematode Caenorhabditis elegans can actually tell us a lot about the workings of the human body. Compared to mammals, these simple little fellas live for only two or three weeks, which makes them perfect for studying various genes and metabolic pathways also shared by humans.

In the past, for instance, scientists have shown that altering the insulin signalling pathway (IIS) in worms yields a 100 percent increase in their lifespan; meanwhile, changes in the so-called TOR pathway (target of rapamycin) result in a 30 percent increase.

This latest study has managed to genetically alter both pathways in just the right way to cause a result four or five times greater than the sum of their separate effects.

“The synergistic extension is really wild,” says molecular biologist Jarod Rollins from the the MDI Biological Laboratory in Maine.

These findings show that ageing is not simply the result of one individual gene or pathway acting on its own, but rather a confluence of networks all working together in the long-term.

This could certainly explain why no one gene or cellular pathway has been found that can provide longer life for either worms, humans or any other animal for that matter.

When tweaks were made to both the IIS and the TOR pathways, the authors found their downstream activity worked synergistically, inducing a mitochondrial stress response that promoted longevity.

Whether or not something like this mechanism proves directly useful in humans remains to be seen, but knowledge of this relationship has certainly opened up new avenues for research.

Unfortunately, because of the long lives of humans, scientists find it quite hard to study our own ageing (it’s also not ideal to play around with our genes just to see what happens), so we have to rely on animal proxies like mice, flies and worms instead. In fact, last year researchers were able to extend the lifespan of a mouse and decrease its chances of cancer by extending its telomeres.

But even with all the scientific limitations on human ageing research, we’ve had some progress. This year a human clinical trial is going to test the drug metformin, a widely-used treatment for type 2 diabetes that has the potential to delay the onset of age-related diseases like cancer, cardiovascular disease, and Alzheimer’s disease.

Perhaps this new research on C. elegans will open similar doors for clinical trials in the future.

“Despite the discovery in C. elegans of cellular pathways that govern ageing, it hasn’t been clear how these pathways interact,” says nephrologist Hermann Haller, president of the MDI Biological Laboratory.

“By helping to characterise these interactions, our scientists are paving the way for much-needed therapies to increase healthy lifespan for a rapidly ageing population.”

The study was published in Cell Reports.