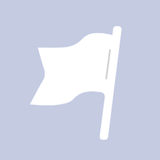 Scientists have found cellular pathways that extend the lifespan in a nematode.

Researchers have managed to extend the lifespan of roundworms by five hundred percent-equivalent to a human living for four or five centuries.

The study conducted in collaboration with scientists from MDI laboratories, Buck Institute for Research on Aging, and Nanjing University, has identified pathways in Chaenorhabitidis elegans that extend their lifespans by fivefold.

That’s because worms like the nematode Caenorhabditis elegans can actually tell us a surprising lot about the workings of the human body. Now, an global team of researchers claims they have tweaked the worm’s genes, extending its lifespan by up to 500%. These pathways are “conserved”, meaning they’ve been passed down by a common ancestor to both worms and humans. Past studies have shown that altering the IIS pathway increases lifespan by 100 percent, while altering the TOR pathway yields a 30 percent boost.

The new research uses a double mutant in which the insulin signalling (IIS) and TOR pathways have been genetically altered. Therefore, this double mutant adjustment should yield a 130 percent increase.

One of the most promising trials of treatments for human ageing, according to Dr Rollins, is a project called Targeting Metformin with Aging (TAME), which will look at the effects of a widely used diabetic drug to slow the progression of age-related disease.

The elucidation of the cellular mechanisms controlling the synergistic response is the subject of a recent paper in the online journal Cell Reports entitled “Translational Regulation of Non-autonomous Mitochondrial Stress Response Promotes Longevity”.

“Despite the discovery in C. elegans of cellular pathways that govern ageing, it hasn’t been clear how these pathways interact”, Hermann Haller, president of the Mount Desert Island Biological Laboratory, said in a statement.

The discovery of the synergistic effect opens the door to much more effective anti-aging therapies.

This synergistic interaction could pave the way for novel therapies created to extend the human lifespan similarly to how some combination therapies treat cancer presently. Kapahi is a corresponding author of the paper with Rogers and Di Chen, Ph.D., of Nanjing University.

These findings may also explain why scientists have been unable to put their finger on a single gene, or even a collection of genes, that allows some people to reach extraordinary old ages free of major illnesses.

Further research will now work on clarifying the role of the mitochondria – the cell’s “powerhouse” responsible for energy homeostasis – in ageing, according to the researchers. Over the last decade, accumulating evidence has suggested a causative link between mitochondrial non-regulation and ageing.