BAR HARBOR — Scientists at the MDI Biological Laboratory and the University of Maine have discovered that genetic material in the cell that was previously thought to be “junk” because of its apparent lack of function likely plays a part in regulating genetic circuits responsible for regeneration in highly regenerative animals.

The role of noncoding RNAs

In particular, the scientists looked at the role of noncoding RNAs,  or RNAs that were formerly considered “junk” because they do not make proteins, in the early stages of heart regeneration in the zebrafish, a common aquarium fish that is one of nature’s champions of regeneration. 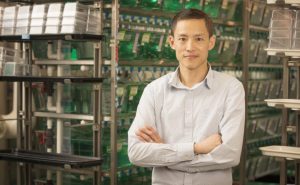 The RegenDbase: a ‘Rosetta Stone’ for regeneration