HomeNewsIn The MediaResearchers Write about Brain-Machine Interfaces, How Eels Shock, and What Shark Bites Have to Do with Rebuilding Broken Bodies 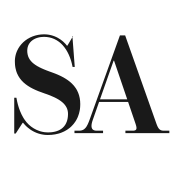 “I get goose bumps every time I see it.” “I saw something so strange that I had to drop everything else to investigate.” “A tale of shark bites at a Scottish pub has led us to some new ideas about rebuilding broken bodies.”

Those sentences appear in three of the feature articles in this issue written by the researchers who are doing the work. As a culture, we often focus on the achievements of science. But for me, the stories of how we got to those outcomes—including the side tracks and the bumps in the road—are not to be missed. And you can find them in our print and digital editions.

What gives a neuroscientist goose bumps, for instance? In “The Intention Machine,” the issue’s cover story, Richard Andersen writes about watching a paralyzed person in a wheelchair using thoughts to control a computer or a robotic limb. These brain-machine interfaces can send and receive communications to and from neural circuits in the body. Whereas existing interfaces are imprecise or sluggish, newer versions could be placed in brain areas that would allow them to deduce a person’s intentions to move. That would make them more versatile for individuals with certain injuries. Andersen’s feature starts here.

What was so strange a biologist had to drop other things to check it out? Kenneth C. Catania explains the allure of the electric eel’s shocking attacks. As an eel hit a prey fish in a tank with high voltage, all the other nearby fish became stock-still in just three milliseconds, floating like “little statues” in the water. “I was hooked,” Catania describes in “Shock and Awe,” his fourth article for Scientific American. “I had to know how the eel’s electric attack worked.” In a series of experiments, he has discovered how the eel employs electric fields to track and immobilize prey. When threatened by a potential predator, it can leap from the water to intensify the current delivered. You can learn how here.

Dive into “A Shot at Regeneration” to find out how shark bites drew the attention of investigators Kevin Strange and Viravuth Yin: not the bites themselves, actually, but what happened to the wounded dolphins afterward. Strange and Yin heard a story about how dolphins were beset by sharks, receiving bite wounds “45 centimeters long and 12 centimeters deep. But remarkably the dolphins healed up in weeks, with no signs of infection.” What could heal tissue so quickly? I won’t spoil the surprise.