HomeNewsIn The MediaResearchers Identify Cellular Pathways that Extend Lifespan by 500% 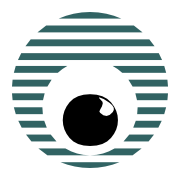 Working on C. elegans – a nematode worm commonly used in aging research due to its weeks-long lifespan and genetic similarities with humans – an international team of researchers from the U.S. and China have identified synergistic cellular pathways for longevity which can extend the host’s lifespan by as many as 500%.

Given the fact that both of the major pathways which govern the aging in nematodes have been passed down to humans through evolution, the amount of research in this area has been nothing if not massive, culminating in the currently on-going development of drugs intended to alter them in a way so as to allow humans to live longer and healthier lives.

The new study, however, has shown that modifying the insulin signalling (ISS) and TOR pathways in genetically-modified nematodes yields not the expected 130 per cent improvement (100 per cent from ISS and 30 per cent from TOR), but a whopping 500 per cent lifespan amplification.

“Despite the discovery in C. elegans of cellular pathways that govern aging, it hasn’t been clear how these pathways interact,” said Hermann Haller, M.D., president of the MDI Biological Laboratory. “By helping to characterise these interactions, our scientists are paving the way for much-needed therapies to increase healthy lifespan for a rapidly aging population.”

Jarod A. Rollins and his colleagues have recently made a groundbreaking discovery in nematode worms that could translate into massive anti-aging benefits for humans down the road. Credit: MDI Biological Laboratory

The study, published in the online journal Cell Reports, emphasises the importance of looking at network dynamics, rather than individual pathways, in the search for the best anti-aging treatments.

“The synergistic extension is really wild,” said co-lead author Jarod A. Rollins. “The effect isn’t one plus one equals two, it’s one plus one equals five. Our findings demonstrate that nothing in nature exists in a vacuum; in order to develop the most effective anti-aging treatments we have to look at longevity networks rather than individual pathways.”

Failure to pin down such dynamics might be one of the reasons why researchers have so far been unsuccessful in identifying a single gene that might explain why some people live to extraordinary old ages, while others do not.

In addition, and perhaps most importantly, these findings might eventually be used to develop new combination anti-aging therapies which exploit the synergistic effects of individual pathways, not unlike current treatments for cancer and HIV which deliver results that surpass those of simply using the drugs in isolation.