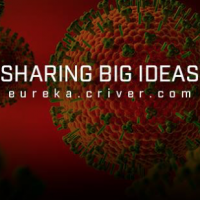 If your pet mouse has a heart attack, zoologist Kevin Strange is quite certain he can help you.

Strange is President and CEO of the Mount Desert Island (MDI) Biological Laboratory in Bar Harbor, and co-founder of MDI’s spinoff Novo Biosciences, which is developing small molecules that reactivate and stimulate innate healing abilities in humans and animals.

One of those drugs, called MSI-1436, is a naturally occurring aminosterol (an antimicrobial agent) that inhibits protein tyrosine phosphatase 1B, a negative regulator of leptin and insulin signaling pathways.

MSI-1436 was initially developed as a diabetes drug. But it turns out that MSI-1436 also stimulates regeneration of heart and other tissues in different animals, including in mice where an injection of the drug candidate into the rodent’s stomach cavity, four weeks after induction of a heart attack, not only improved heart function and reduced dead tissue but reduced ventricular wall thinning and increased the proliferation of cardiac muscle cells. (The findings were published this year in NPJ Regenerative Medicine.)

What makes these findings even more interesting is that the drug candidate’s regenerative potential was identified using adult zebrafish as the screening platform. A phenotypic screen identified potential candidates that could stimulate tissue regeneration, and MSI-1436, in a blinded, randomized trial was ultimately found to stimulate the rate of regeneration of tail fin tissue and heart muscle without tissue overgrowth or malformations. In this regard, zebrafish are far more versatile than we humans who, with the exception of newborns, have few options beyond a transplant, when our hearts fail.

Strange says for the past 15 years, the field of regenerative medicine has been trying, with little success, to overcome heart failure with human stem cell-derived therapies. Yet nature is filled with animals, including zebrafish that readily generate lost and damaged body parts, including cardiac tissue, says Strange, who will be speaking about alternative models at the World Congress on Animal Models meeting sponsored by Charles River in Boston this Fall.

With the exception of newborns, where the human heart can regenerate, most of us lack the capacity to do what zebrafish can, adds Strange. Zebrafish hearts are also more similar to the human heart than a mouse heart, he says, which made them an ideal alternative model to test out their theory.

Strange says his group remains cautiously optimistic as they move MSI-1436 to the next level of testing. “The fact that MSI-1436 worked in zebrafish and mice, which are separated by 400 million years of evolution, that we know the target and understand why inhibition of the target stimulated regeneration represent huge steps forward.”

Patients in a dish

Another non-traditional model is the growing use of three-dimensional culturing technologies that use a patient’s own cells to discover new drugs, increasing the likelihood of a favorable outcome. Laboratories are using this “disease-in-a-dish” approach to study nonalcoholic fatty liver disease (NAFLD), including nonalcoholic steatohepatitis (NASH), which is a leading cause of liver related morbidity and mortality, with no approved therapies..

Outside of oncology, NASH is one of the most competitive areas in drug development today, with dozens of candidates in the pipeline including two drugs now in Phase III trials. But the complexity of the disease makes this condition incredibly difficult to model in animals. HemoShear Therapeutics, a biotech company headquartered in Charlottesville, Virginia, has found a way around this impediment. HemoShear has developed a number of different in vitro models, including one that combines primary human liver cells with other cell types found in the liver.

Ryan Feaver, who heads up HemoShear Therapeutics’ NASH program and will also be presenting a talk at the World Congress on Animal Models meeting, said they have developed a 3D system that incorporates blood flow and key mediators in the microenvironment of these cells. (The findings were published in The Journal of Clinical Investigation Insight). Special dishes with a porous membrane separate primary hepatocytes in the liver from cell stellates, macrophages and other kinds of cells. This allows the cells to communicate but also enables the scientists to study the individual contributions of each of the different cell types. The dish is also incorporated into a kind of bioreactor that bestows blood flow forces and transport conditions through tissue that you would find in the liver sinusoid. “By putting them in this system the cells start to behave almost as if they were back in the human body again,” says Feaver.

Importantly, the disease-in-dish system depicts, over time, how liver cells build up with fat and start pumping out inflammatory cytokines and other factors with alarming regularity, which is similar to what happens in NASH. Further, gene and lipidomic signatures match those observed from biopsies from NASH patients. And it has given the scientists at HemoShear an opportunity to leverage deep data tools to try and understand what molecular mechanisms might be driving these cellular changes.

“The hard part of this disease is its complexity,” acknowledges Feaver. “It starts as a metabolic disease, transitions to a pro-inflammatory disease and ultimately ends up being a fibrotic disease. The challenge right now, and we still don’t know the answer, is exactly at what point you intervene. That is what the field is trying to figure out.”

This September, the Inaugural Charles River World Congress on Animal Models in Drug Development will explore how to use clinical data to develop translatable models for drug discovery. There, Dr. Kevin Strange and Dr. Ryan Feaver along with dozens of other industry leaders will present their thoughts on the future of translational medicine. Register today by visiting: http://breakthroughs.criver.com/.