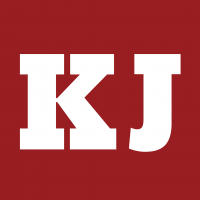 You may not know it, but Tuesday is Election Day.

In the one item on the state ballot, voters will be asked to borrow $50 million to upgrade scientific facilities, better enabling them to compete for research grants, advancing knowledge and expanding an exciting sector of our economy.

It’s not too late for Mainers to make an important investment in the state’s future.

The research and development bond issue is going before the voters at a time when battles in Augusta and Washington are dominating the news. But just because this issue is not generating controversy doesn’t make it unimportant.

Mainers benefit from local research facilities in many ways. New cancer drugs being tested in the lab at Maine Medical Center’s research facility are being offered to Maine patients through clinical trials. Promising research at a nonprofit like the MDI Biological Laboratory might launch a new for-profit company that hires scientists and technicians, earning good wages in Maine.

And expanding the biological science sector puts Maine on the map for investors looking for a place to put their money to work.

Despite having several institutions with strong reputations, Maine lags far behind the nation when it comes to investment in research and development. Maine ranks 37th among other states, with research investment equalling only 1 percent of the state’s economy. New business and innovation can be expected to generate 80 percent of economic growth, making research the wrong place to try to save money.

The bond is structured to improve the state’s ranking by attracting money from away. Rather than directly fund projects, most of the bond money would be used to build infrastructure. It would be used to expand existing labs, build new ones and buy equipment, which would make researchers more competitive in attracting grants from the federal government through the National Institutes of Health and other programs.

Those funders will pay to run studies, but rarely for hardware. By investing strategically in infrastructure, Maine can bring resources that would otherwise have gone elsewhere into the state.

The Maine economy is in the middle of a historic transition. We have seen the first part in the form of mill closures and the loss of manufacturing jobs. The other part is figuring out what’s next.

Growing the state’s capacity to compete in research and development in biological sciences is part of the next step. Voters should make a point of getting to their polling station and saying “yes” to an important investment in the future.

Economic Development, This Is Why