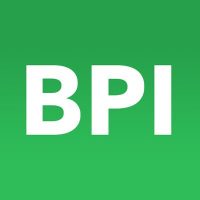 Novo Biosciences is currently in a Series A round to raise USD 5-10m for MSI-1436, a molecule that has the potential to regenerate human tissue following a heart attack, said CEO Kevin Strange. He said there is no closing date to the round as of now.

Novo received a USD 1.5m Small Business Innovation Research (SBIR) grant from the NIH in September to help fund the company’s preclinical studies in pig models, he said, adding that the funds will be enough to see the preclinical studies through to completion.

The Bar Harbor, Maine-based company is seeking the Series A capital to help move MSI-1436 into other indications such as muscle regeneration, enhanced wound healing and spinal cord regeneration, he said, noting that there are more possible indications for the molecule to move into.

Novo is mostly speaking with VCs, he said, adding that the company has turned down investment from angels. According to Strange, a hypothetical USD 100,000 from an angel for 15% of the company is not feasible when millions will be needed to move the molecule into later phases.

Strange said in an ideal situation, if Novo moves the compound through Phase II and is able to demonstrate compelling efficacy, Novo will license the compound to a larger pharma company that would have the funds necessary to take the molecule into Phase III.

The company received its first patent for the molecule in November 2016, and its first paper was published in Nature in January, he said.