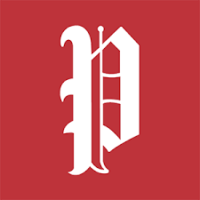 The designation and award by the National Institute of General Medical Sciences will support scientist Vicki P. Losick’s research on the regulation of polyploidization in wound repair, MDI said in a news release. Polyploidization is a mechanism that supports cell enlargement by duplicating the number of chromosomes. It carries a grant award of about $348,000 per year for five years, or a total of about $1.7 million.

A key step in healing is the replacement of cells that have been lost or damaged by injury or disease, the release said. Previously, the body was thought to achieve this primarily through cell division, or increasing the number of cells. However, Losick has identified polyploidy, or cell enlargement, as a common element in the body’s healing arsenal, and has demonstrated the benefits of this alternative repair strategy, it said.

Losick’s research has implications beyond wound healing, MDI said, because polyploid cell growth is also associated with cancer and other degenerative diseases, including heart and liver diseases. Her goal is to identify the factors that regulate the creation of these extra-large cells in order to promote a beneficial response and to limit the degenerative consequences, it said.