An MDI Biological Laboratory researcher has won a grant of up to $50,000 to use fruit flies to help study leading causes of blindness.

As the inaugural recipient of an award from the William Procter Scientific Innovation Fund, Vicki P. Losick will establish a fruit fly model that mimics cellular dysfunction associated with human retinal diseases, including age-related macular degeneration.

“With the aging of the population, age-related macular degeneration is increasingly being viewed as an impending epidemic,” Losick said in a Friday news release. “I am deeply grateful to the Procter Fund for supporting research that could lead to the identification of the genetic and cellular causes underlying retinal dysfunction.” 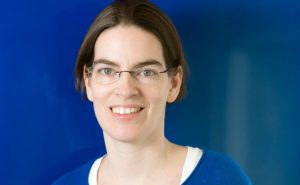 The Procter Fund was established at the Bar Harbor laboratory to honor the grandson of the founder of Procter & Gamble and an active member of the company’s board of directors until his death in 1951.

The fund provides up to $50,000 annually to support high-risk, high-impact research; basic research with potential for commercialization; and education programs focused on translating discoveries into commercial applications.

Losick’s project — in the high-risk, high-reward category — involves studying the genetics underlying the retinal diseases and possibly creating interventions to prevent or reverse it. An external review committee chose her research.

Age-related macular degeneration’s underlying cellular dysfunction takes years to manifest in mouse models and decades in humans, but could only take weeks in the short-lived fruit fly, thus making the insect an efficient way to study the disease.

Procter was a graduate student in zoology at Columbia University, where he was inspired by Thomas Hunt Morgan, the Nobel Prize-winning founder of modern genetics and established the fruit fly as a model for the study of human disease.

Procter authored a “Biological Survey of the Mount Desert Region,” an exhaustive, seven-part survey of the insect and marine fauna of Mount Desert Island that was launched in the 1920s at the MDI Biological Laboratory, where he served as a trustee and as president.

Losick was recognized as an “outstanding investigator” by the National Institutes of Health for this research.