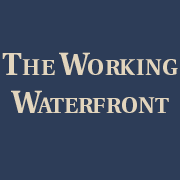 Two scientists walk into a bar. It’s not the start of a joke, but someday, it may be marked as the start of a break-through in regenerative medicine.

Work that began at MDI Biological Laboratory in Bar Harbor more than 25 years ago, and is continuing today, holds the promise of a drug that could regenerate human cells damaged in a heart attack.

The lab’s Kevin Strange, Ph.D., and Voot Yin, Ph.D., stress that much work remains, but the results are both encouraging and remarkable, they say.

The story begins in 1991, when Michael Zasloff, M.D., Ph.D., then an immunologist with the MDI Biological Laboratory, was working to isolate amino sterol—a kind of natural anti-microbial and antibiotic—found in the dogfish shark, a fish found in the waters off Mount Desert Island.

Zasloff attended a conference in Scotland and, in the evening at the bar, sat next to a marine scientist from New Zealand. The two began talking, and Zasloff asked the man, who worked at a marine mammal rescue station, about stories he’d heard of dolphins recovering from shark bites.

The man said that yes, some marine mammals that sustained wounds—bites the size of a basketball taken out of them—were able to regrow tissue, recovering without scars, even. Zasloff contacted marine mammal rescue stations around the world, and learned of similar recoveries, and wrote a paper about it in an academic journal.

In 2011, when Strange, then president of the MDI Biological Laboratory, began to focus its work on regeneration and aging, Zasloff reached out to him and suggested the amino sterol—now dubbed MSI-1436—warranted further study. Yin, an assistant professor at the lab, assigned the project to a summer student, Helen Roberts, a graduate of the Maine School of Mathematics & Science.

Zebrafish, which figure into much of the lab’s work, are able to regrow fins that are cut off. Roberts amputated fins and put MSI-1436 into some tanks to see if they grew back faster than expected. No appreciable difference was noted.

Yin said Roberts then tried injecting MSI-1436 into the zebrafish, and the results were astounding.

“It actually stimulated faster regeneration,” he said, so instead of taking ten to 12 days to regrow, the regeneration took just three to four days.

Yin didn’t disagree. “When Helen showed the results originally, I was incredibly skeptical,” he recalled.

The experiment was repeated using a “blind” approach, with researchers unaware which zebrafish were injected with the MSI-1436.

And the regeneration was normal, Strange noted, so the animals did not grow giant tails, or tails where the head should be.

The Heart of the Matter

Research then turned to the heart.

Scar tissue forms over the portion of a heart damaged during cardiac arrest, and while the patient may survive the initial trauma, that damaged tissue often contributes to later death.

Imagining a way to promote better recovery, the lab induced heart attacks in zebrafish, then MSI-1436 was injected into the newly damaged tissue. The heart recovered with less scarring. The inquiry then continued with mice, where a 50 percent reduction in heart scar tissue was observed.

The heart attack and recovery with MSI-1436 is now being replicated in pigs, with similar success. Novo Biosciences, MDI Biological Laboratory’s pharmaceutical spin-off, is continuing that work with help from a $1.5 million grant from the National Institutes of Health. Strange is now CEO of Novo Biosciences.

The compound had been used earlier in a diabetes drug developed by Novo Biosciences. That drug had cleared two levels of Federal Drug Administration review, which meant a major obstacle had been overcome. The diabetes drug was deemed to have little market potential, but the FDA reviews may speed development of a drug for heart attack victims.

“If MSI-1436 shows results in humans that are anything like what we have demonstrated in mice, it will be a game-changer for patients who have suffered a heart attack,” Yin said. If the pig study yields similar results, Novo Biosciences will seek investors to continue to test the drug.

Strange and Yin are hopeful that other applications may be possible, even in nerve, brain, and spinal cord injury.

“We have no evidence that this drug won’t work in any tissue,” Strange said.

Serendipity plays a role in science, both Strange and Yin acknowledged.

“It certainly happens time and time again,” Strange said, “when good biologists follow the natural world and see something happen.” Biomedicine, he said, has strayed too far from biology.

“There is this profound misconception that you can’t really learn anything about humans unless you’re studying mice,” he said. He also was critical of biomedicine’s focus on stem cells.

“We now know, 20 years and billions of dollars of investment later, that it doesn’t work,” Strange asserted.

Given that heart disease is the leading cause of death in the U.S., the work MDI Biological Laboratory and Novo Biosciences are doing may blaze a new path for research.