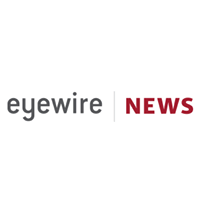 Vicki P. Losick, PhD, has been named the inaugural recipient of an award from the William Procter Scientific Innovation Fund. The award will support her research at the MDI Biological Laboratory on age-related macular degeneration (AMD).

The Procter Fund was established at the MDI Biological Laboratory earlier this year by a member of William Procter’s family in honor of his achievements in science and business. Mr. Procter was the grandson of William Procter, the founder of Procter & Gamble (P&G), and an active member of the P&G board until his death in 1951.

In recognition of Mr. Procter’s interest in translating science into applications to improve human health and quality of life, the fund provides up to $50,000 annually to support high risk/high impact research, basic research with potential for commercialization and education programs focused on translating discoveries into commercial applications.

Dr. Losick’s “high risk/high reward” project, which was selected by an external review committee, will establish a fruit fly model that mimics the cellular dysfunction associated with human retinal diseases, including AMD. She will use the model to study the genetics underlying the disease, and potentially to test for interventions to prevent or reverse it.

“With the aging of the population, age-related macular degeneration is increasingly being viewed as an impending epidemic,” Dr. Losick said. “I am deeply grateful to the Procter Fund for supporting research that could lead to the identification of the genetic and cellular causes underlying retinal dysfunction.”

The award to a scientist who studies the fruit fly is especially fitting given the fact that Mr. Procter was a graduate student in zoology at Columbia University, where he was inspired by Thomas Hunt Morgan, the Nobel-prizewinning scientist who founded modern genetics and established the fruit fly as a model for the study of human disease.

Mr. Procter went on to become a prominent entomologist and the author of a “Biological Survey of the Mount Desert Region,” an exhaustive, seven-part survey of the insect and marine fauna of Mount Desert Island that was launched in the 1920s at the MDI Biological Laboratory, where he served as a trustee and as president.

Dr. Losick’s research on AMD is an outgrowth of her earlier work on wound healing in which she found that extra-large cells called polypoid cells maintain the size and function of injured tissue. In 2017, she was recognized as an “outstanding investigator” by the National Institutes of Health (NIH) for this research.

In the eye, however, the presence of these extra-large cells in the retinal epithelium sets the stage for AMD. Dr. Losick’s goal is to identify the role played by polyploidy in AMD and, in collaboration with Patsy Nishina, PhD, an expert on retinal diseases at The Jackson Laboratory, identify genetic or pharmacological strategies to treat it.

The fruit fly is a novel model for AMD because the generation of polyploid cells in its abdominal epithelium mimics that of these cells in the human retinal epithelium. Since the fruit fly shares many of its genes with humans, an increased understanding of the genes governing polyploidy could open the door to new therapies for AMD.