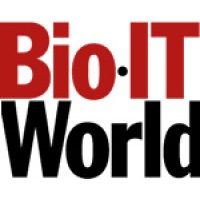 The grant will allow Rogers to delve more deeply into his discovery that NMD (nonsense-mediated decay), a regulatory mechanism that governs a wide array of genetic functions, also plays a critical role in extending longevity under conditions of dietary restriction (DR).

We have found that the restriction and redirection of NMD has a major influence on the extension of lifespan under conditions of DR, Rogers said. The takeaway is that the NMD pathway is a requirement for the increase in longevity that occurs with DR; if it doesnt work properly, lifespan extension is forfeited.

The role of DR in prolonging healthy lifespan has set scientists on a quest to identify drug candidates called DR mimetics that mimic the effects of DR on longevity. The use of such drugs would allow patients to experience the health- and lifespan-enhancing effects of DR without the difficulty of adhering to a diet that drastically cuts calories.

The significance of Rogers discovery lies with the fact that the pharmaceutical industry is already intensely focused on developing drugs to manipulate NMD because of its role in many genetic disorders and many forms of cancer. Rogers discovery thus raises the possibility that these drugs could be repurposed to extend healthy lifespan.

The fact that NMD is already a target for therapeutic manipulation is good news, Rogers said. Since drug candidates vary in their targets, effectiveness and the speed with which they move through the development process, an expanded pipeline increases the likelihood that life-extending therapies will soon become available.

Rogers data suggest a revised model in which NMD functions like a control panel that helps an organism adapt to environmental stressors such as food scarcity by changing gene activity levels. Thus, drugs that target NMD could be used to trigger the adaptive responses normally associated with DR, bypassing the need for extreme dieting.

Since big pharma is already developing drugs that inhibit or redirect NMD for use in the treatment of genetic disorders, Rogers discovery raises the possibility that some of these drugs could offer a new realm of DR mimetics.

The identification of NMDs role in longevity opens the door to the development of new therapies to prolong lifespan, said Kevin Strange, Ph.D., MDI Biological Laboratory president. This grant from the National Institutes of Health will help expedite Dr. Rogers important research on elucidating the genetic pathways of aging.

Rogers works at the Kathryn W. Davis Center for Regenerative Biology and Medicine, where he studies aging in C. elegans, a nematode worm that is a popular model in aging research because it shares nearly half its genes with humans and because its short lifespan allows scientists to quickly assess the role of anti-aging interventions.

Our scientists are pioneering new approaches to regenerative medicine focused on drugs that activate our natural ability to heal, and that slow age-related degenerative changes. Our unique approach has identified new drugs with the potential to treat major diseases, demonstrating that regeneration could be as simple as taking a pill. As innovators and entrepreneurs, we also teach what we know. Our Maine Center for Biomedical Innovation prepares students for 21st century careers and equips entrepreneurs with the skills and resources to turn great ideas into successful products. For more information, please visitmdibl.org.