The MDI Biological Laboratory announced that the US Department of Health has awarded Aric Rogers, Ph.D., a scholarship of $ 373,500 a year for five years to support his research on cellular and molecular mechanisms aging.

The understanding of these mechanisms derived from this research offers the prospect of contributing to new therapies to delay or offset the effects of age-related diseases and conditions, and in particular the associated loss of muscle mass, as the years progress – a condition called sarcopenia.

This grant allows Aric to continue his important work of deciphering the pathways that determine aging. Science is approaching the ability to extend a healthy lifespan and this grant will bring us closer to achieving that goal.

The grant will support Rogers’ continued research into the mechanisms of aging in C. elegans, a nematode worm that, due to its genetic similarity with the It’s a popular model for aging research and its three-week lifespan, allowing scientists to quickly assess the effectiveness of anti-aging measures. 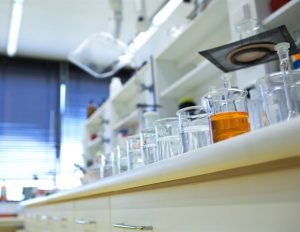 The grant has a special impact on the health of the residents of Maine,  residents, the state with the oldest average age in the nation.

“Thousands of seniors across Maine are struggling to cope with the costly and time-consuming care of their peers’ conditions, ” said US Sens. Susan Collins, chair of the senate’s aging committee, and Angus King in a joint statement. Maine a unique responsibility to take a leadership role to help our seniors stay healthy as they get older. ”

“Dr. Rogers’ research is important to understand the factors that lead to age-related conditions and to help innovators develop therapies for seniors who may reduce or delay their symptoms,” the statement continued.

Both senators have made aging issues a legislative priority in response to the demographic structure of their constituencies.

In his career in aging biology, Rogers focused on researching the genetic pathways that limit diet (DR) or reduce calories without Malnutrition regulate what science has proven to extend the lifespan of a variety of organisms, from unicellular yeasts to primates such as humans.

The reasons for DR’s ability to extend the healthy lifespan have been well documented – because nature wants that an organism survives to survive r In response to a lack of food, the genetic machinery of the cell shifts from an emphasis on growth, which is costly in terms of cellular resources, to an emphasis on survival.

As part of its survival strategy, the cell enters a state of catabolism in which cell components for the energy and raw materials normally provided by food are broken down. However, in his earlier research, Rogers noted that there is one exception to the diminished emphasis on growth: improved muscle maintenance.

The grant will support further research on Roger’s earlier findings, which showed that the muscle can be protected preferentially. or “privileged” – under the conditions of DR. Rogers believes that DR promotes the replacement of muscle components by activating genes that control muscle structure and function.

He suggests that this is the path of nature to ensure that an organism is able to maintain the muscle power and functionality required for further food intake in the face of nutrient scarcity. Its discovery could have applications for the treatment of sarcopenia or muscle wasting, which is a natural component of aging.

“One of the biggest health risks of aging is the frailty that is caused by the loss of muscle mass and integrity.” Said Rogers. “By better understanding the mechanisms by which muscle tissue is maintained under DR conditions, we can support efforts to develop drugs that promote the function and maintenance of skeletal muscle with advancing age.”

Sarcopenia is one of the major causes of dysfunction and loss of independence in older adults. Although it usually begins in the thirties, it begins to accelerate around the age of 75, and by the time you reach the 1980s, you can lose up to 50 percent of your muscle mass.

State-of-the-art genetic tools, many of which were developed in Rogers’ lab to further investigate the muscle-specific responses to DR that were poorly understood.