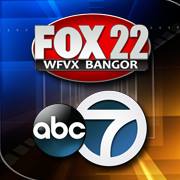 Heart disease is the world’s leading cause of death. The MDI Biological Laboratory believes they found a novel way to combat the disease.

It’s called MSI-1436 also known as the heart drug. After years of studying it’s effects on zebrafish and mice, the laboratory is one step closer to fighting heart disease.

“Which has shown a tremendous potential to stimulate regeneration in mammalian tissue,” said Voot Yin, an assistant professor at The MDI Biological Laboratory.

Heart failure is when the heart is unable to meet the body’s demand for oxygen and blood. When a person suffers from a heart attack, part of their heart muscles dies and is replaced with scar tissue.

“Scar tissue is a bad thing because it inhibits the hearts ability to contract and relax naturally,” he said.

Prior studies have already shown the drug to be safe for use in humans.

“The approach we have taken is actually to identify a small molecule that has the potential to reactivate innate or endogenous genetic switches that allow regenerative mechanism to occur,” said Yin.

They are studying the zebrafish because they are highly regenerative. They are looking push this drug to the next step, which is to have it tested on pigs.