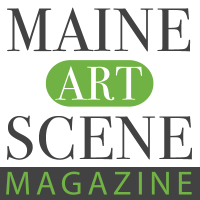 The MDI Biological Laboratory has named four 2017 Maine artists-in-residence whose work will be the subject of the laboratory’s sixth annual Art Meets Science exhibit. The exhibit will go on display at the new Maine Center for Biomedical Innovation this coming summer.

The 2017 artists-in-residence program is a departure from the format of previous Art Meets Science exhibits, which showcased artworks with scientific themes from artists from around the world. Instead, the 2017 artists are being “embedded” with the institution’s students and scientists and will develop artworks that reflect these interactions.

“After five years of successful Art Meets Science exhibits, we wanted to explore the relationship between art and science in a deeper way, especially how science influences art and vice versa,” said Jeri Bowers, director of development. “Like much that we do here at the MDI Biological Laboratory, this is an experiment — one that we hope to build upon in years to come.”

Instead of concentrating exclusively on the artworks, the 2017 Art Meets Science exhibit will also focus on the process of creation: how artists and scientists are inspired by their interactions with one another. The documentation of this process — through artistic journals, laboratory notebooks, sketches and photographs — will be a part of the 2017 exhibit.

“Creating art and conducting science are similar in terms of generating ideas; developing theories; testing a hypothesis, a technique or a method; achieving an understanding of how to use materials; encountering obstacles and finding solutions,” artist-in-residence Cheryl M. Coffin has stated. “Both require, in the words of Van Gogh: ‘Practice, practice and yet more practice.’”

The 2017 MDI Biological Laboratory artists-in-residence are:

• Susan Camp, Winterport — Camp is a printmaker, sculptor and adjunct professor of art at the University of Maine. Her work reflects her concern and fascination with the manipulation of species in a landscape dominated by corporate farming. For the past decade she has been constraining and manipulating growing gourds in molds she makes from construction materials and doll forms. The resulting hybrid gourd forms have individual mutations determined by the struggle of a fruit that is growing within constraints.

• Cheryl M. Coffin, Surry — Coffin has spent many years at the intersection of art and science. She is retired from Vanderbilt University School of Medicine, where she was an academic surgical and pediatric pathologist. During her medical career, she found that studio art tapped into a “common zone of creativity” that informed her writing and research. Her diagnostic skills were also fostered by her interest in art history. Her artwork is inspired by landscape and seascape, aerial topographic views and macroscopic and microscopic cellular images.

• J. K. Putnam, Southwest Harbor — Putnam is an editorial, outdoor and documentary photographer who teaches photography on Mount Desert Island. His work has been published in dozens of photography and design books, on a National Geographic mobile app and on Wired’s online site. Since 2014, he has been shortlisted every year, in multiple categories, in the Wildlife Photographer of the Year competition held by the Natural History Museum, London. His work includes images of the natural and modern worlds on five continents.

• Donald V. Rainville, Camden — Rainville experiments with color and diverse materials to produce landscapes of “abstract realism.” He paints in house oils, using torn shapes of lightweight cardboard and plant clippings rather than brushes. His “treescapes” are inspired by Maine and New England forests. He likens his painting process to the orchestration of visual music. His aim is for his work to inspire an unconscious instinct in viewers to use all of their senses, not just sight.

The artists were selected by exhibit curator and artist-in-residence program coordinator, Annette Carvajal, founder of the Mount Desert Island-based group Art in Public Spaces, for their interest in the intersections between art and science. Carvajal, who is an artist as well, also hopes to produce works for the exhibit. For updates on the 2017 Art Meets Science exhibit, please go here.